EHL Team Resting Up During First Round Bye

BEDFORD, MA -- The East Coast Wizards are resting up this week, thanks to winning their division in the regular season, and thus earning a bye in the First Round of the Eastern Hockey League (EHL) playoffs. We're still at the very least, a couple days away from learning the team's opponent in the Second Round of the postseason. What we do know is that it will either be the Vermont Lumberjacks, Boston Jr. Rangers, or Seahawks Hockey Club.

Looking at each potential opponent, and we'll start with the Lumberjacks, a conference rival that the Wizards faced just twice in the regular season. In the first matchup, the Wizards trailed 2-1 heading into the 3rd period, but Steve Rizzuto tied the game with his 2nd power-play goal of the contest and then James Nash gave the Wizards the victory with just 29 seconds remaining.

Fast forward to December 5th, and the Lumberjacks were the home team this time around. After falling behind 2-0 early, the Wizards got back to within a goal, but ultimately lost by the final score of 4-2.

In the first matchup, Nash was the hero for the Wizards again, as he scored in overtime to give his team a 2-1 victory at the Breakaway Ice Center. However, as we mentioned before, each team won on the road, as the Rangers took last week's battle in Bedford, which also required overtime.

Last, but not least, the final potential opponent for the Wizards is the Seahawks Hockey Club, a team within the South Division of the New England Conference. In five regular season matchups, the Wizards finished with a record of 2-2-1 against the Seahawks.

The First Round of the playoffs gets underway tonight, so be sure to keep an eye on the EHL website (EasternHockeyLeague.org) as the games unfold. 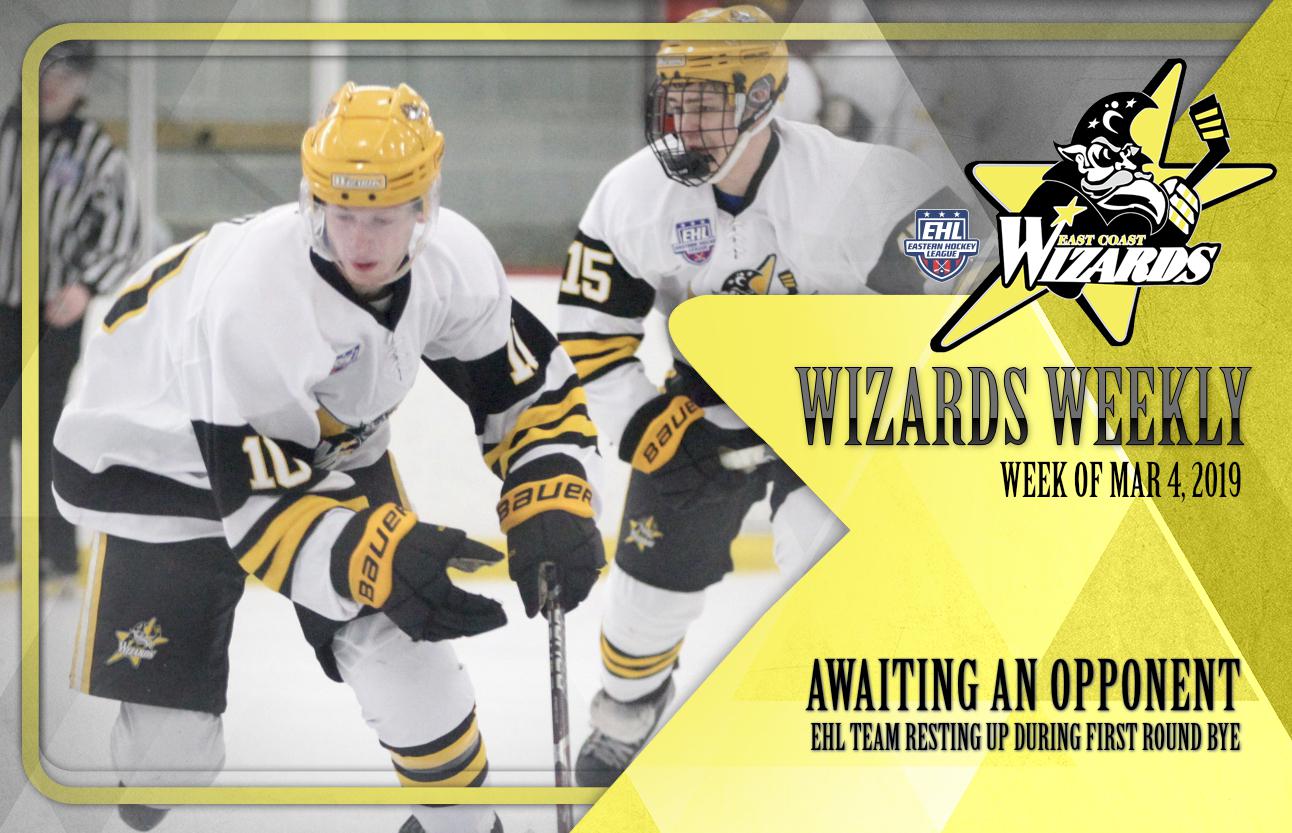