BEDFORD, MA -- The East Coast Wizards return to action this afternoon at 1:00pm, for game #1 of their Second Round matchup with the Vermont Lumberjacks. The Wizards and Lumberjacks faced-off twice in the regular season, with each team winning own their respective home ice. Due to the Eastern Hockey League's mileage rule, all three games for this best-of-three series will be played at The Edge Sports Center.

"The guys are excited to get started," said Wizards head coach and general manager Freddy Meyer. "Obviously it feels like it has been forever with the bye week, but we earned that rest. The key today is to shake off the rust quickly, and apply immediate pressure. It's time for our guys to prove how good of a team we can be."

The Wizards are the #2 seed in the New England Conference, and if they can get by the Lumberjacks, they will punch their first-ever ticket to the EHL Frozen Finals. The other matchup on this side of the bracket puts the New Hampshire Avalanche up against the Boston Junior Rangers. 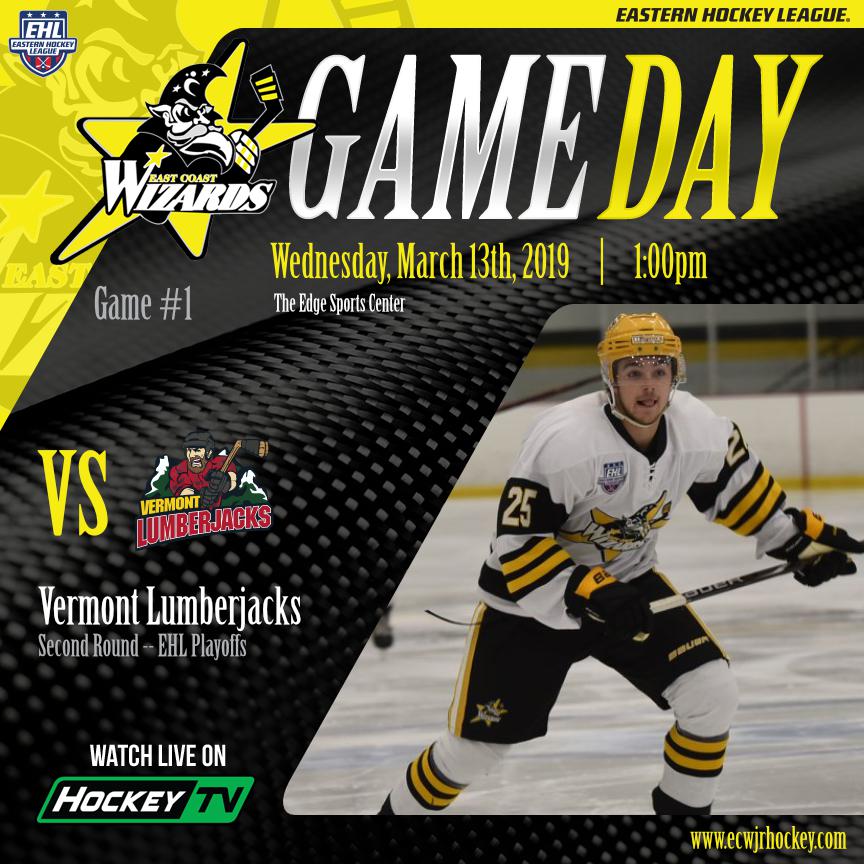