BEDFORD, MA -- The East Coast Wizards hit the ice for game #2 of their Second Round series with the Vermont Lumberjacks. Despite a strong comeback effort from Vermont in game #1, the Wizards held on to move one win closer towards advancing to Providence. Today's puck drop is scheduled for 1:00pm, and the Lumberjacks will receive the last change in this matchup.

"We definitely need to come out fast today," said Wizards head coach and general manager Freddy Meyer. "They are going to be playing with a sense of urgency and we have to match it. We played 2 solid periods yesterday, but then sat back a little in the 3rd. We can't do that today."

As Meyer mentioned, yesterday's 3rd period definitely pointed in the direction of the Lumberjacks, and the Wizards can't let that happen again. Game #3 is scheduled for tomorrow at Noon, if it is necessary. 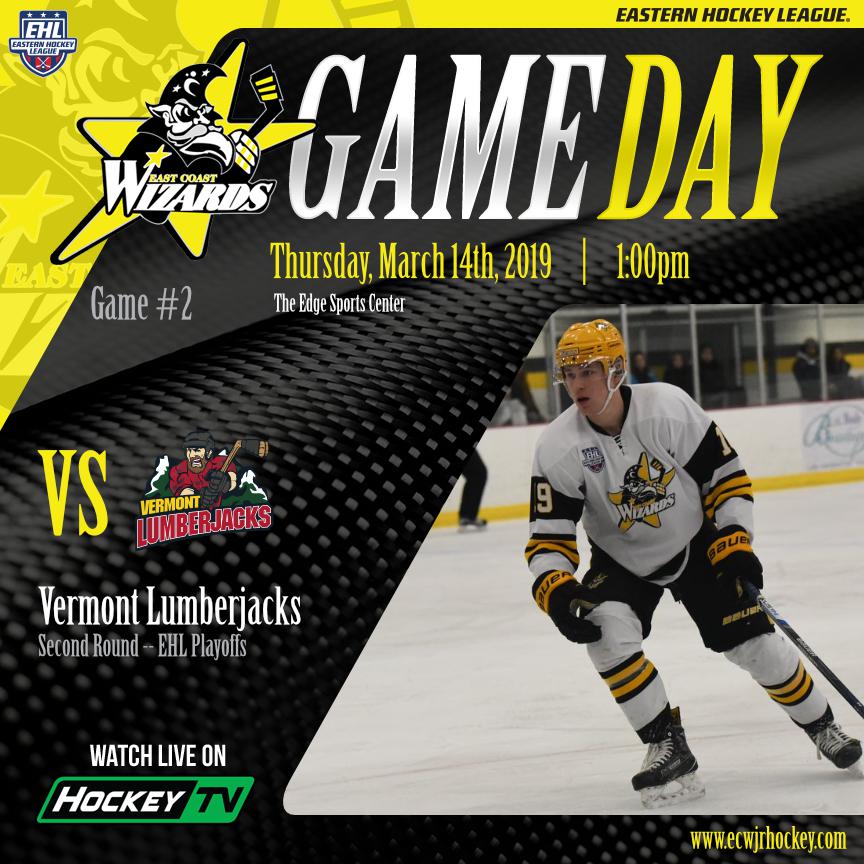