BEDFORD, MA -- The East Coast Wizards are pleased to announce that Tim Usalis has committed to Southern New Hampshire University for the fall of 2019. The '99 native of Danvers, MA recently finished his first and only season in the Eastern Hockey League (EHL), tallying 17 points in 32 total games on the blue line.

"Tim developed and improved tremendously as the year progressed," said EHL head coach and general manager Freddy Meyer. "An injury in the middle of the season forced him to miss a chunk of the schedule, but his return to the lineup came at the perfect time for our team. After he returned, our lineup really solidified itself, and Tim played a huge role in the team reaching the EHL Frozen Finals in Providence."

As Meyer mentioned, Usalis' return down the stretch was huge for the Wizards, and that included the game-winning goal in the opening game of their Second Round matchup against the Vermont Lumberjacks. Despite missing some time, Usalis kept working towards making his commitment, and now he's the 3rd Wizards player to join the Penmen in the past two seasons.

"Coming into my first junior season I didn’t know what to expect, but Freddy and Kory made the transition very comfortable for me," said Usalis. "Their attention to detail and energy during games and practices allowed me to grow a bigger appreciation for the game. Showing up to the rink never became tedious; they made my whole experience a blast. I couldn’t thank my family, teammates, and coaches enough for helping me push myself day in and day out. I loved going to battle every day with the rest of the team and for the coaches. The East Coast Wizards are a first class organization committed to helping their players make the transition to college hockey.”

While Usalis adds his name to the Wizards' list that already includes Andy Somerville and Alec Marshall from the 2017-18 season, he also joins Andrew Ray (Connecticut RoughRiders) and George Thurston (Valley Jr. Warriors) in the group of EHL players who chose SNHU this season. Overall, Usalis is the 24th player in league history to commit to join Southern New Hampshire.

As we work our way through the offseason, be sure to keep an eye on the EHL website (EasternHockeyLeague.org), as the 2019-20 regular season schedule will be released later this month. 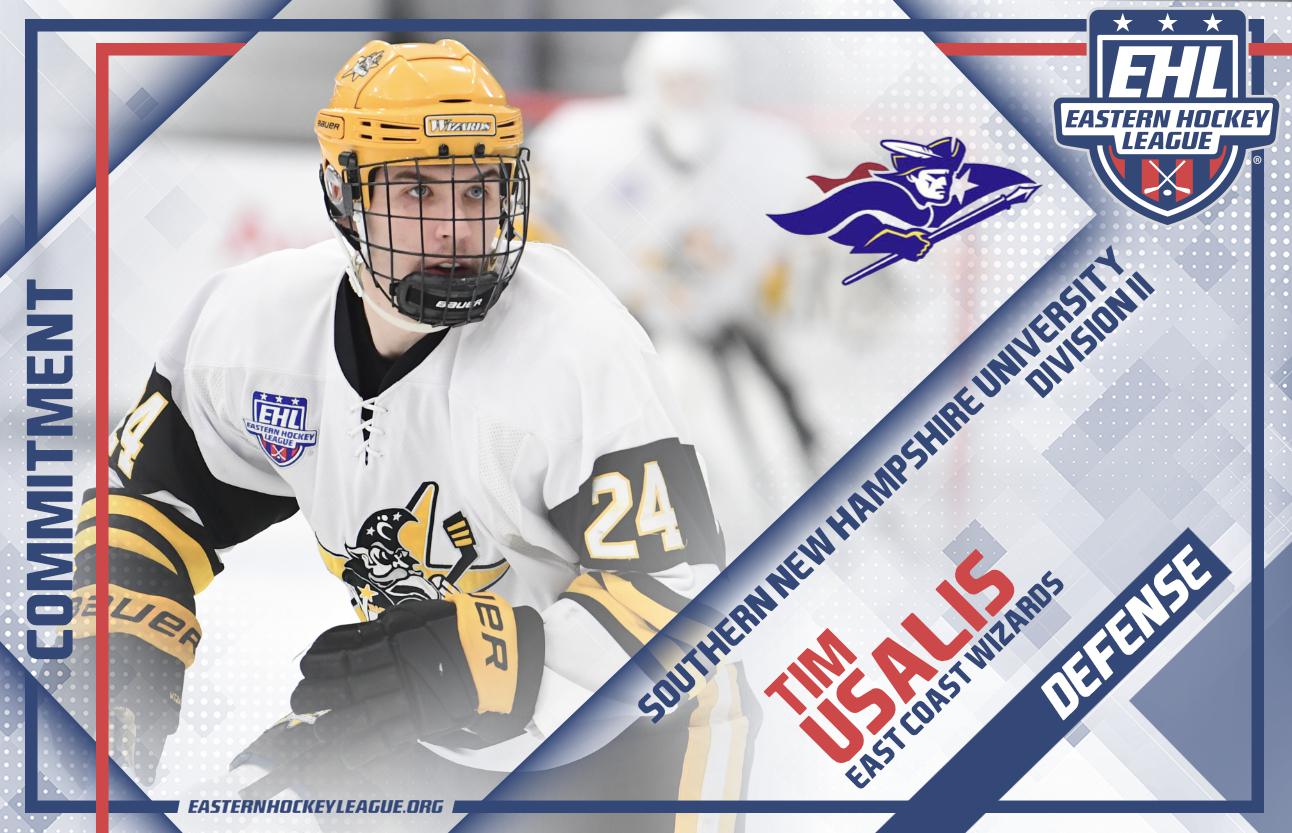