BEDFORD, MA -- The East Coast Wizards are pleased to announce that James Nash has committed to Southern New Hampshire University (SNHU) for the fall of 2019. The '98 native of Hampton, NH spent a single season in the Eastern Hockey League (EHL), tallying 16 goals and 23 assists for the Wizards.

"James was one of our top forwards this past season, and he scored a number of big goals for our team," said EHL head coach and general manager Freddy Meyer. "Kory [Falite] and I were very happy with the way Nash developed over the year, and we're looking forward to following him as he takes the next step in his career."

Nash is one of two Wizards players heading to SNHU this fall, as Tim Usalis made the same decision earlier this month. With the pair of commitments, the Wizards have now sent two players to the Penmen in each of the past two seasons. Nash is looking forward to the future and is eager to get started, but the veteran forward is also very appreciative of his time with the Wizards.

"I've never played in a organization that pushed their players day in and day out. It was such a great experience with the Wizards, and truly the best year of my life,” said Nash.

As we work our way through the offseason, be sure to keep an eye on the EHL website (EasternHockeyLeague.org), as the 2019-20 regular season schedule will be released later this month. 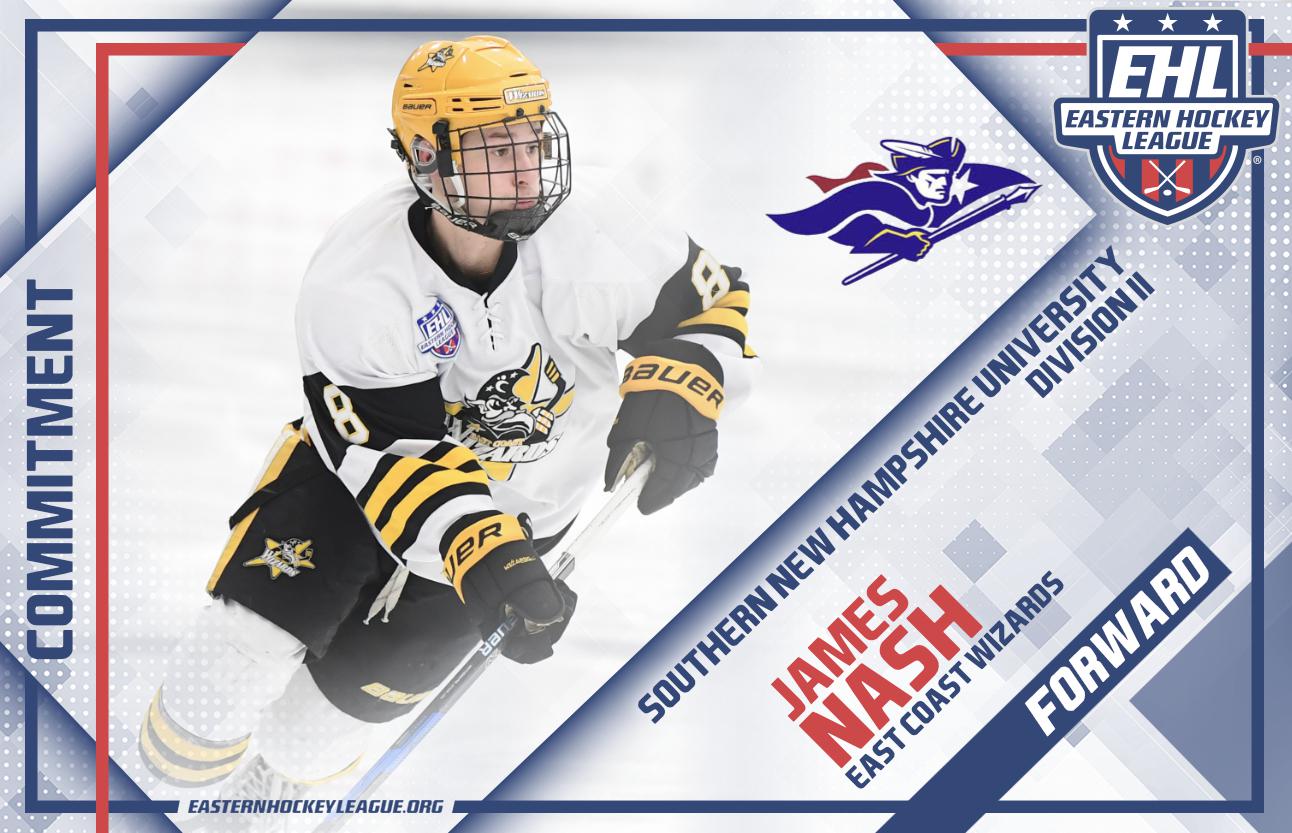