BEDFORD, MA – The East Coast Wizards return to action this month, as they get set to begin their 6th season in franchise history. Over their first five years in the Eastern Hockey League (EHL), the Wizards have taken a stride forward with each and every season. From winning their first playoff series during the 2017-18 season, to advancing to the EHL Frozen Finals last year (2018-19 season), Freddy Meyer and the Wizards have embraced the ‘one step at a time’ mentality.

“All of the credit has to go to the players," said EHL head coach and general manager Freddy Meyer. "Each season we are fortunate enough to bring back a small core of guys from the previous year, and they truly help show the new players what we are all about. I’ve never had a specific captain or set of assistant captains while I’ve coached here, because I expect all of my veteran guys to lead.”

This season, Meyer’s core of leaders will include four returning forwards in the likes of Brendan Darby, Carter Elrod, Andrew Harley, and Skylar Pettingill. As for the blue line, the pair of familiar faces to watch will be Gabriel Gagnon and Jimmy Zinter.

Of course, with the rest of the roster all getting set to play their first respective games with the Wizards, there are many players that we will learn more about in the coming weeks.

Taking a deeper look into the Wizards schedule, and this year’s team will get started with three games on the road later this month, against the Vermont Lumberjacks (18th), Seacoast Spartans (20th), and Valley Jr. Warriors (25th). The team’s home opener follows the game with Valley, as the Wizards will host the New England Wolves on Thursday, September 26th at 1:00pm.

“There was nothing specific that went into the way I structured our first month of the season,” added Meyer. “The only thing I prefer is to try and give our team three of four games before the first showcase of the season, and we have exactly that this year.”

That first showcase that Meyer referred too is set for September 29th and 30th at Rodman Arena in Walpole, MA.

Click here for the complete schedule, and remember, you can catch all the #Eshow action live on HockeyTV throughout the year. 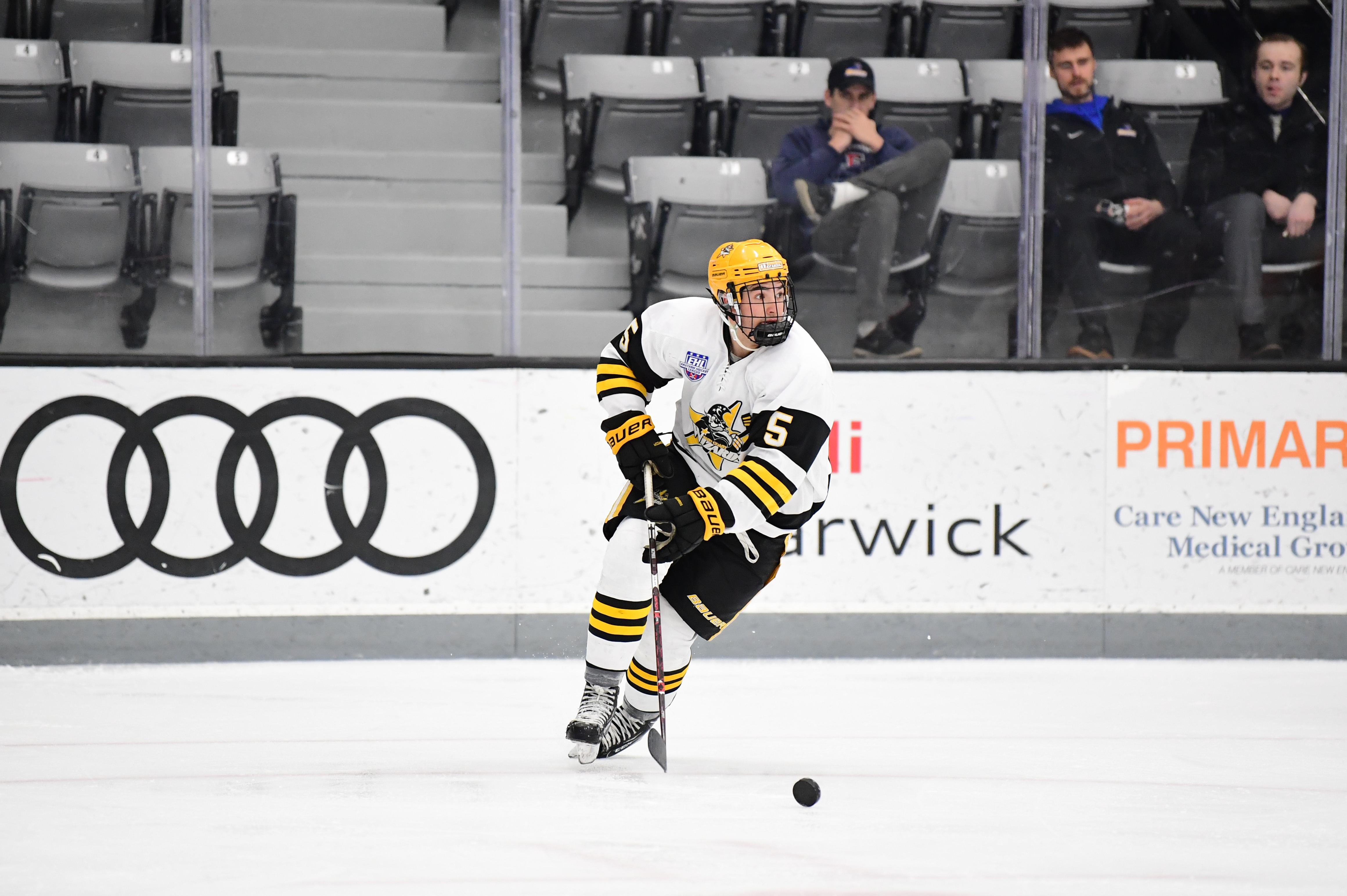 Gabriel Gagnon ('99) is returning for his second and final season with the Wizards, after playing in 46 total games this past year.