BURLINGTON, VT -- The East Coast Wizards kick-off a new season in the Eastern Hockey League (EHL) this afternoon at 1:00pm against the Vermont Lumberjacks. The Wizards and Lumberjacks have built up a small rivalry over the past couple years, due to back-to-back matchups in the EHL Playoffs. While the Wizards won each series, they were by no means easy, especially this past season.

"This is definitely a great matchup to start the season," said Wizards head coach and general manager Freddy Meyer. "Our playoff series this past March literally came down to the final period of the final game, and we were fortunate enough to come out on top. I'm sure they will be looking for a little revenge this afternoon."

As the Wizards get set to begin a new year, they will lean on the returning core to help guide the way. This foundation includes four returning forwards in the likes of Brendan Darby, Carter Elrod, Andrew Harley, and Skylar Pettingill. As for the blue line, the pair of familiar faces to watch will be Gabriel Gagnon and Jimmy Zinter.

If you can't make it to Burlington for the game this afternoon, you can catch the action live on HockeyTV. Also, be sure to follow the Wizards on Twitter, for updates throughout today's matchup. 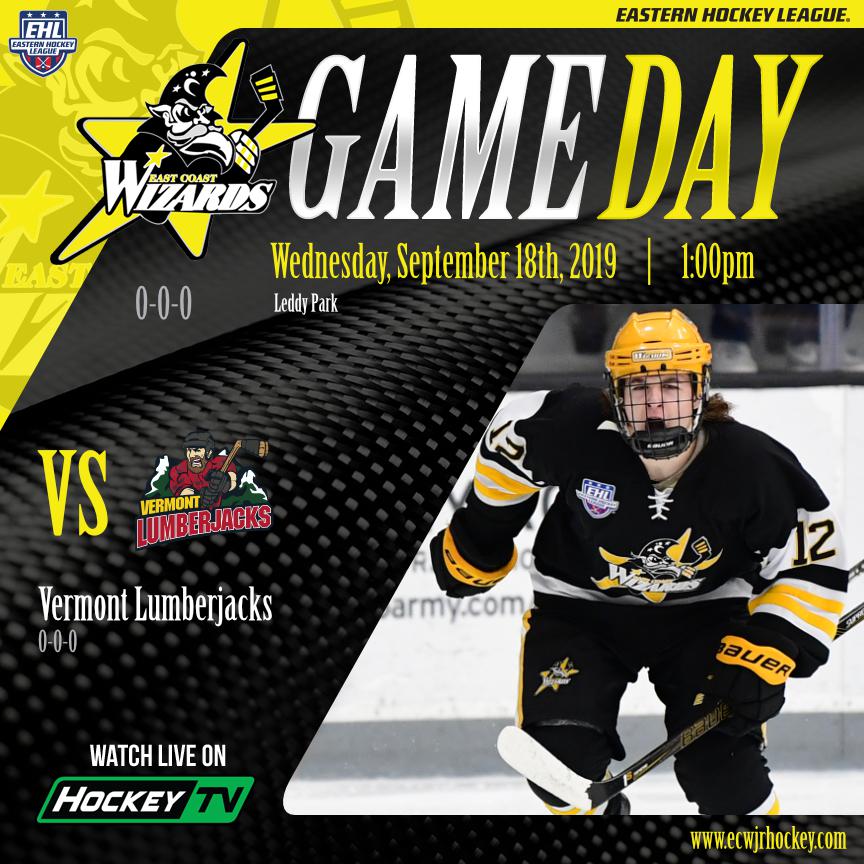