EXETER, NH -- The East Coast Wizards return to action this afternoon at 2:30pm, for their first-ever matchup in franchise history against the Seacoast Spartans. The Spartans are one of two new expansion teams in the Eastern Hockey League (EHL) this season, and they are off to a little bit of a slow start, as they enter today's matchup with a record of 0-3-0.

As for the Wizards, they have just one game in the books so far this season, a 4-3 defeat at the hands of the Vermont Lumberjacks on Wednesday. With four days in between today's game and the Wizards next matchup, a victory this afternoon would be a nice momentum boost heading into the weekend.

"We definitely are focused towards bouncing back from Wednesday's loss with a victory today," said Wizards head coach and general manager Freddy Meyer. "The boys are going to get a couple days off here after the game, and those are always more enjoyable when you come off of a win. As always, we take things one game and one shift at a time, and today is all about doing that from start to finish."

As Meyer mentioned, the Wizards are looking to compete for the full 60 minutes today, as that wasn't the case on Wednesday. After jumping out to a 1-0 over Vermont, the Lumberjacks scored four unanswered goals against the Wizards. East Coast got a pair back in the final frame, but the deficit proved to be too much to overcome.

If you can't make it to Exeter for the game this afternoon, you can catch the action live on HockeyTV. Also, be sure to follow the Wizards on Twitter, for updates throughout today's matchup. 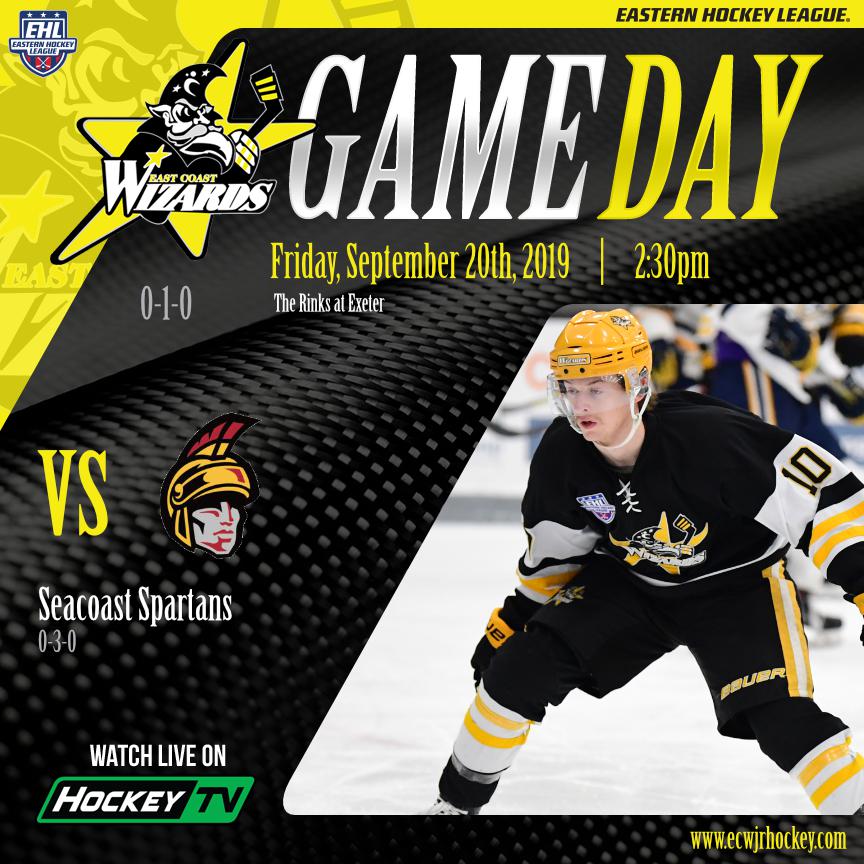