HAVERHILL, MA -- The East Coast Wizards hit the road for the final game before the home opener, which is set for tomorrow afternoon in Bedford. Today's matchup puts the 0-2-0 Wizards up against the 2-2-0 Warriors, in the first of five matchups during the regular season. After dropping the first two contests of the year, the Wizards would love a victory today as the team gets set to head back to The Edge Sports Center.

"This is obviously not how we wanted to start, but we have reminded the guys that each loss was by a single goal," said Wizards head coach and general manager Freddy Meyer. "We've been in each contest, but with every team we've had, you have to learn to win close games in this league."

As Meyer mentioned, it's the close games that make the biggest difference come the end of the year, and the final seedings heading into the playoffs. While the Wizards came out on the wrong end of a 4-3 loss to the Lumberjacks and a 5-4 loss to the Spartans, they have a chance to turn the tables today.

If you can't make it to Haverhill for the game this afternoon, you can catch the action live on HockeyTV. Also, be sure to follow the Wizards on Twitter, for updates throughout today's matchup. 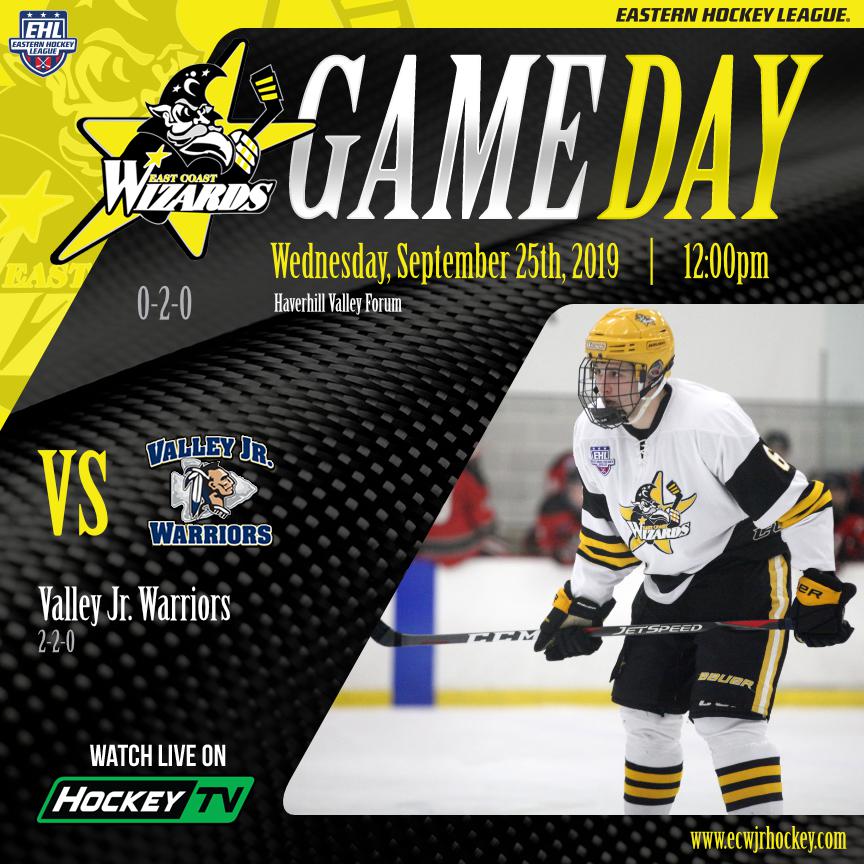