EHL Team Returns to The Edge in Search of First Win

BEDFORD, MA -- After three games on the road to start the season, the East Coast Wizards return to The Edge Sports Center for their home opener. Today's matchup puts the Wizards (0-3-0) up against the New England Wolves (2-1-1) in the first of four meetings scheduled during the regular season.

"We need to play with more energy today, right from the start," said Wizards head coach and general manager Freddy Meyer. "We woke up a little late in the game yesterday, but it was definitely too little to late."

As Meyer mentioned, the Wizards fell behind yesterday against the Valley Jr. Warriors, and they were never able to dig themselves out of the hole. Now set to play on home ice for the first time, the Wizards could certainly use a victory heading into this weekend's showcase in Walpole. 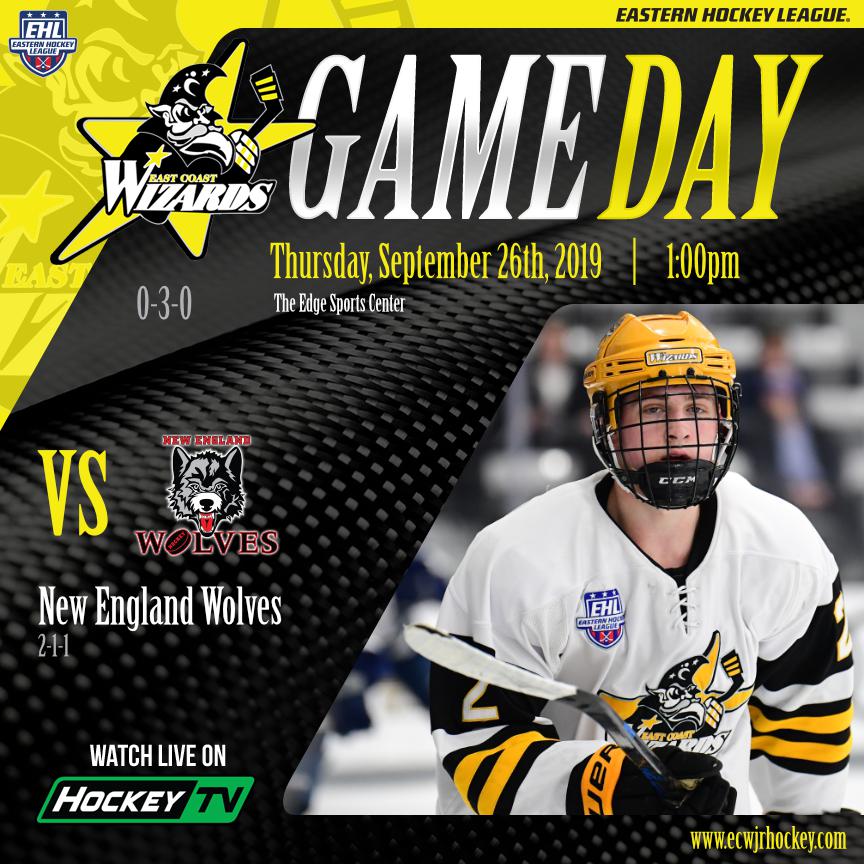