EHL Team Hits the Road to Take on the Wolves

LACONIA, NH -- The East Coast Wizards are back in action this afternoon, for the first time since October 18th. However, the 12 days off came at a perfect time for the team, as they've battled through the month of October with a record of 2-4-2 in the first eight games.

The Eastern Hockey League (EHL) team now has the chance with a game today and a game tomorrow, to get back up to at least .500 for the month of October.

"The break came at a great time for our group, as they were able to hit the reset button, and put the past behind us," said Wizards' head coach and general manager Freddy Meyer. "We can't change what has happened so far this year, but rather just focus on improving for the future. We've got today and tomorrow left to close out the month, and then we can start to climb up the New England Conference standings in November."

Today's matchup puts the Wizards up against the Wolves for the 2nd time this season, with the first matchup coming back on September 26th. Behind 30 saves from Jarret Bovarnick, the shutout the Wolves in their home opener that day, and thus earned their first victory of the season.

If you can't make it to Laconia for the game this afternoon, you can catch the action live on HockeyTV. Also, be sure to follow the Wizards on Twitter, for updates throughout today's matchup. 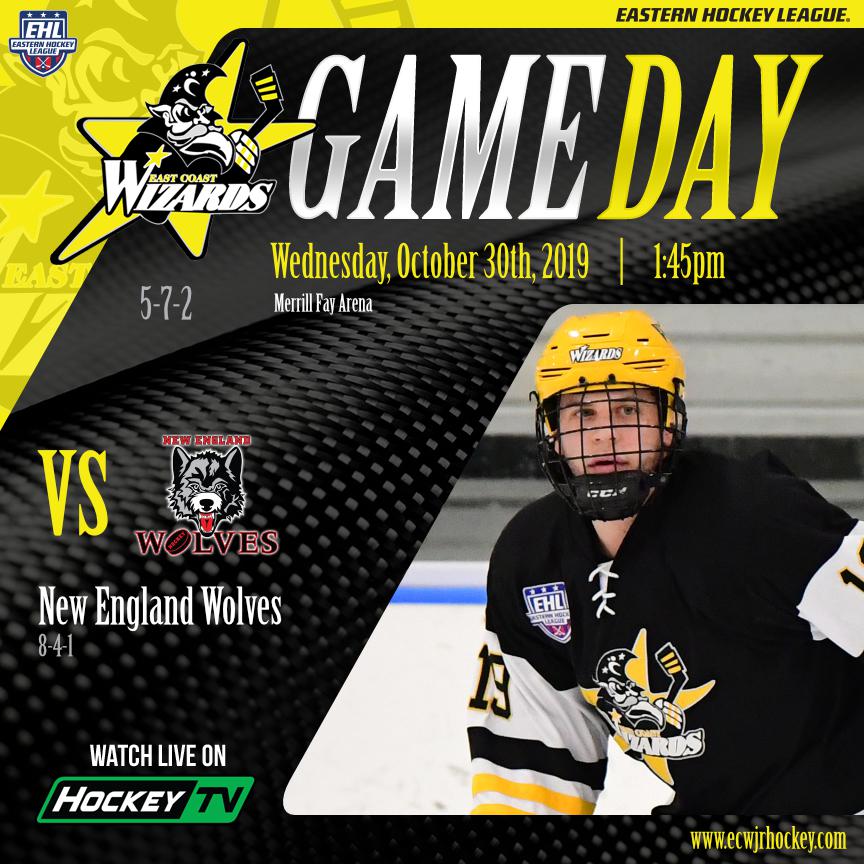