WORCESTER, MA -- The East Coast Wizards are back in action at 11:30am this morning, following yesterday's 4-2 come-from-behind victory over the New England Wolves.

After trailing by the score of 2-1 heading into the 3rd period, the Wizards stormed their way back with three unanswered goals in the final frame. With the win, the Wizards improved their record up to 6-7-2 for the season.

"That was a nice way to return from the break," said Wizards head coach and general manager Freddy Meyer. "As I said yesterday, the break definitely came at a good time for our team. Now we need to put that in the past, and focus primarily on today's game."

Today marks the first-ever meeting between the Wizards and the Railers Jr. Hockey Club, a brand new franchise in the EHL this season. While their record indicates some struggles so far this year, the Railers have been playing better as of late, with a 2-3-0 record in their last five contests.

If you can't make it to Worcester for the game this afternoon, you can catch the action live on HockeyTV. Also, be sure to follow the Wizards on Twitter, for updates throughout today's matchup. 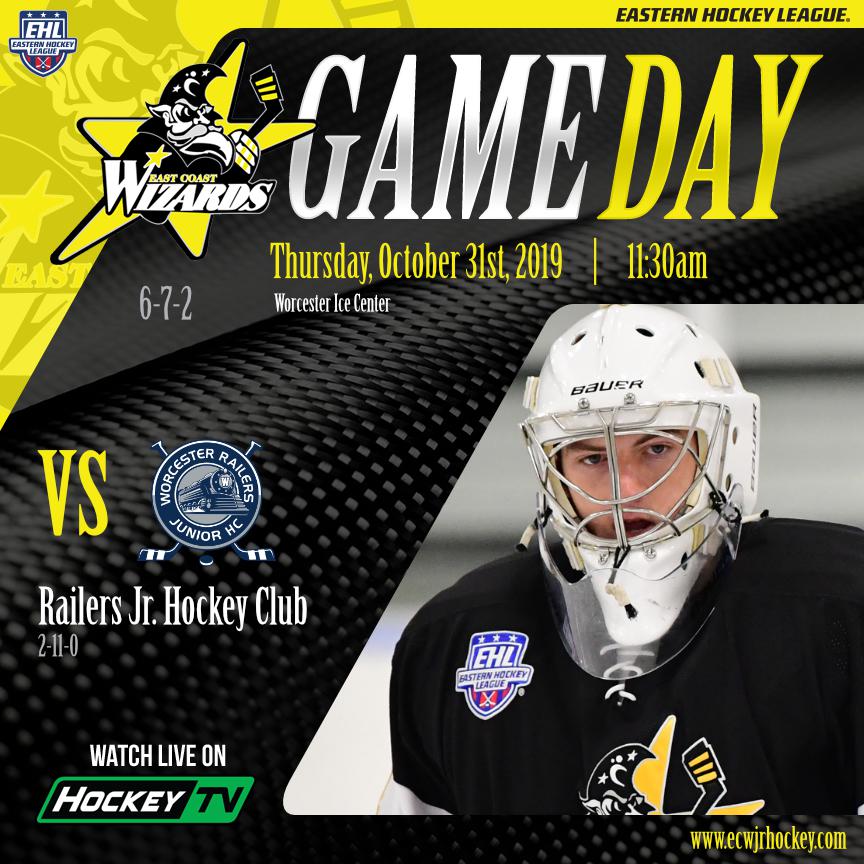