BEDFORD, MA -- The East Coast Wizards closed out the month of October in a similar fashion to the way that they closed out the month of September. The opening month of the season (September), started off a little rocky for the Wizards with three straight losses, but the team started building some momentum at the end of the month when they put together a mini three-game winning streak.

Fast-forward to October, and once again the month began with three straight losses, but then ended with a pair of victories in a row. All together, the Wizards have had an up and down year, which is seen clearly in their 7-7-2 record heading into November.

“It’s amazing the positive and negative swings that take place over the course of a season,” said Wizards head coach and general manager Freddy Meyer. “Kory [Falite] and I are very happy with where our team is at coming out of the All-Star Break, and heading into the month of November. We are in a true one game, and more importantly, one shift at a time mentality.”

As Meyer mentioned, he’s happy with where his team is at coming out of the All-Star Break. Heading into the week off at the end of October, the Wizards were in a little bit of a rut, both in terms of wins and losses, and in terms of the players staying healthy.

Coming out of the break however, almost the entire team was able to rest and hit the reset button, before the third month of the year.

The two individuals who were not granted the luxury of time off were Coach Meyer, and ‘99 forward, Chance Gorman. Both Meyer and Gorman were part of the 2019 EHL All-Star Team that made history by going 1-1-1 against a trio of NCAA Division III opponents.

“It was an honor to be a part of,” added Meyer. “Chance and I each felt like the league showed just how special it was throughout the week. Overall the event was a huge success for the EHL.”

From campus tours, to the recruiting seminars, and of course, the exhibition matchups, Gorman and the rest of Team EHL enjoyed some world-class treatment over a four-day period.

With goals in each game coming out of the break, Gorman will be a fun player to watch as he continues to develop throughout the rest of the year.

Gorman and the Wizards will now turn the page to November, with all seven of this month’s games coming in the first 20 days. 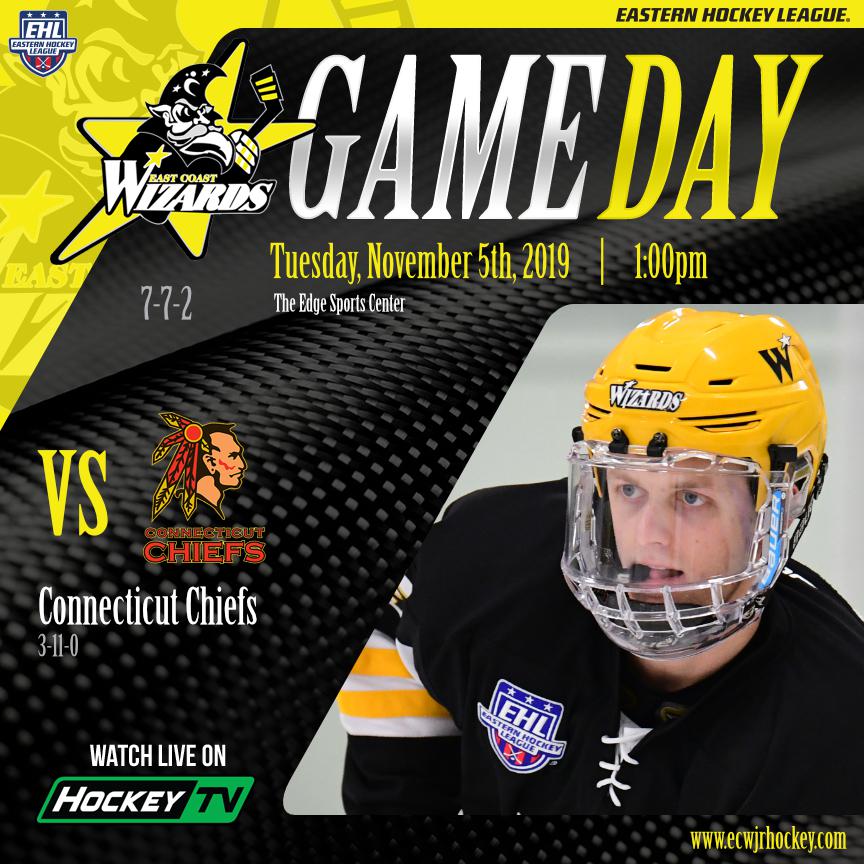