EHL Team Hits the Road for Matchup in Walpole

WALPOLE, MA -- The East Coast Wizards will seek their 4th straight victory this afternoon art 12:00pm, when they hit the ice with the Walpole Express for the 2nd time this season.

In the previous matchup, the Wizards fell behind due to a pair of power-play goals, and then could never dig their way out of the hole. Chance Gorman had the lone tally back on October 9th, and ultimately the Wizards lost by the final score of 4-1.

"This will be a good test today," said Wizards head coach and general manager Freddy Meyer. "We've obviously got a nice little streak going, but so do they, and neither team wants theirs to end."

As Meyer mentioned, the Express are also playing well, as they've won three straight and Walpole is 7-3-0 in their last 10 games. Following today's matchup the two New England Conference opponents will face-off two more times during the regular season, on January 8th in Bedford, and February 5th back in Walpole.

If you can't make it to Walpole for the game this afternoon, you can catch the action live on HockeyTV. Also, be sure to follow the Wizards on Twitter, for updates throughout today's matchup. 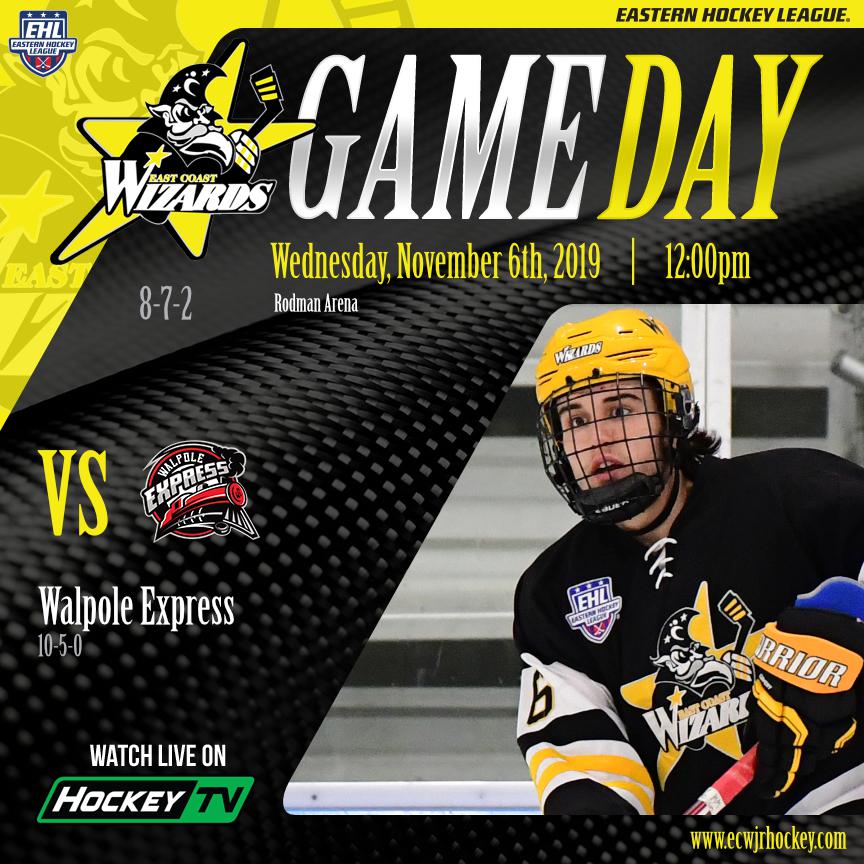