BEDFORD, MA -- The East Coast Wizards return to the ice this afternoon at 1:00pm against the New Hampshire Avalanche. Today's matchup is the 2nd of the season between the New England Conference rivals, as the Wizards won the first meeting by the score of 4-3 in a shootout.

"That was a good win for our group last month, but obviously a lot has changed since then," said Wizards head coach and general manager Freddy Meyer. "We went through a little bit of an up and down stretch, and now we have a nice streak going. Today's game should be a fun one."

The Wizards are seeking their 5th straight victory this afternoon, which would give the team an extra confidence boost heading into the showcase. Speaking of the showcase, the Wizards only have one game this weekend in Haverhill, and that's on Sunday at 4:15pm against the Vermont Lumberjacks.

"Back to back against the Avalanche and Lumberjacks is about as tough as it gets this year, so Kory [Falite] and I are excited to see how the team plays these next two games," added Meyer. 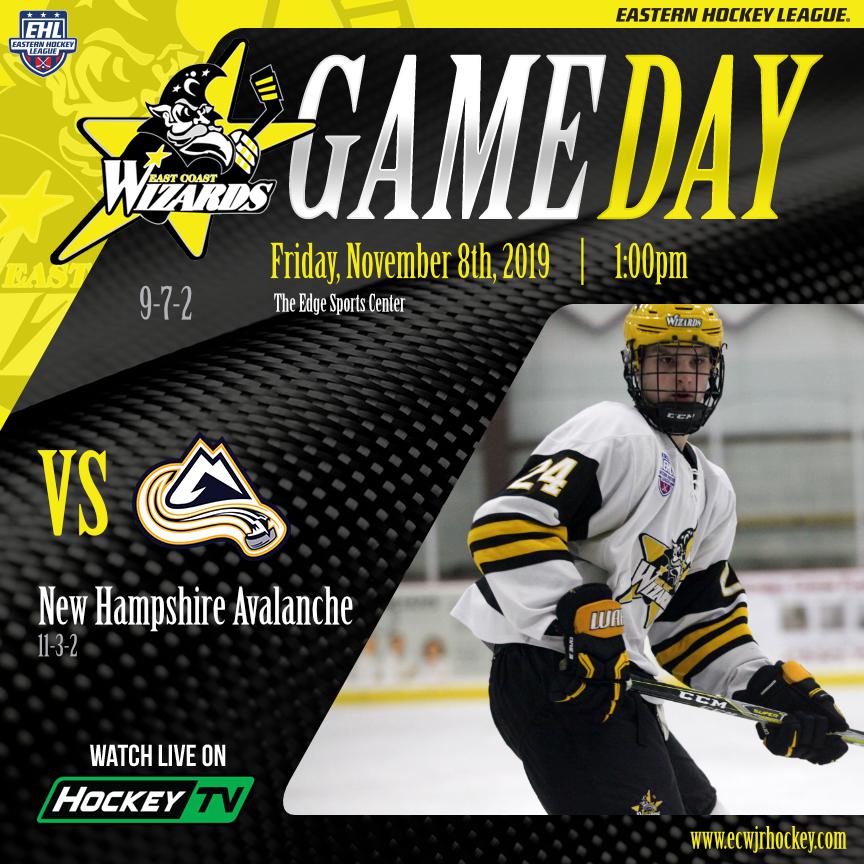