HAVERHILL, MA -- The East Coast Wizards are showcase-bound this afternoon, for a matchup against the top-ranked Vermont Lumberjacks. Today's matchup is the 2nd of the season between the New England Conference rivals, as the Lumberjacks won the first meeting by the score of 4-3 back on September 18th.

"Of course we would like to earn a little revenge for that game, but we know it's not going to be easy by any means," said Wizards head coach and general manager Freddy Meyer. "Every time we face Vermont it's a tight battle, no doubt about it."

As Meyer mentioned, it tends to always come down to the 3rd period when these two teams face-off. That was exactly the case back in September, when the Wizards closed to within one, but Vermont held on for the victory from there.

Each of the past two postseasons have seen the Wizards and Lumberjacks face-off, and fortunately for East Coast, they've been able to advance each year.

The Wizards are seeking their 6th straight win this afternoon, as they go up against the only team with a longer active streak in the league at seven straight wins.

If you can't make it to Haverhill for the game this afternoon, you can catch the action live on HockeyTV. Also, be sure to follow the Wizards on Twitter, for updates throughout today's matchup. 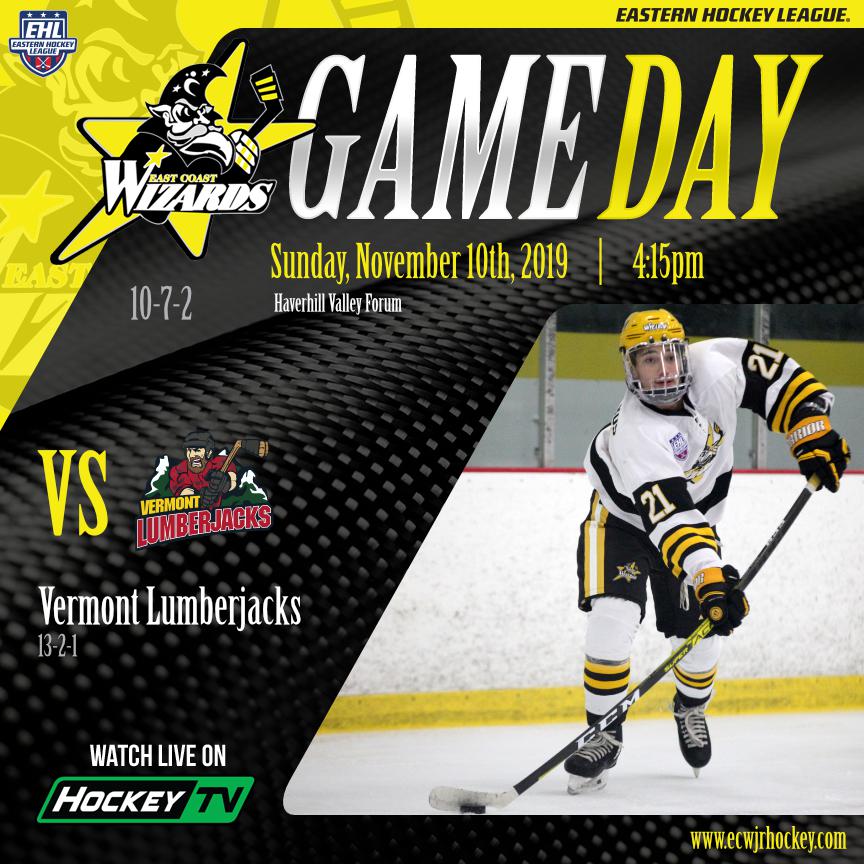