BEDFORD, MA -- The East Coast Wizards return to action this weekend, with a pair of games that fall just over 15 hours apart from each other.

The two-game set begins tonight at 7:10pm on home ice, as the Wizards host the Railers Jr. Hockey Club for the first time this season. In the first matchup out in Worcester, MA, the Wizards jumped out in front and never looked back on their way to a 9-1 victory over the new EHL team.

As for tomorrow morning, it's also the second matchup of the season with the Boston Jr. Rangers, with the previous meeting coming at home. In that first contest, the Wizards saw a two-goal lead disappear, but still managed a point in a 4-3 overtime loss. Tomorrow morning's puck drop is scheduled for 11:00am at Stoneham Arena.

"We're excited and ready to go," said Wizards head coach and general manager Freddy Meyer. "We've made it very clear to the guys that they have to bring it both days this week, and if they stay focused, our streak has a good chance at increasing."

As Meyer mentioned, the Wizards are riding a hot streak right now that includes at least a point in their last seven contests. Overall, the Wizards own a 5-0-2 mark over that stretch, and the surge has helped them improve on their position in the New England Conference standings.

If you can't make it to the games this weekend, you can catch the action live on HockeyTV. Also, be sure to follow the Wizards on Twitter, for updates throughout each matchup. 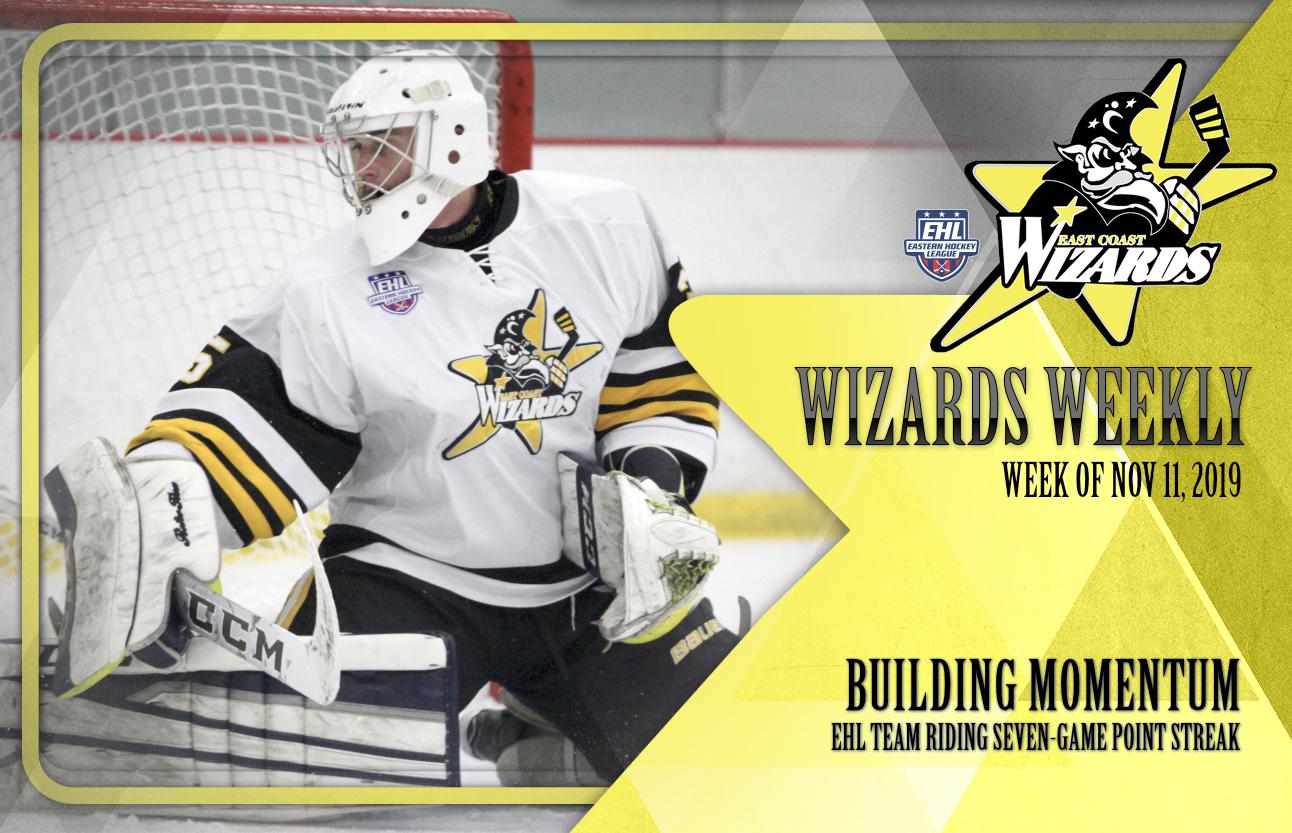