Wizards Hit the Road to Take on Seahawks

DENNIS, MA -- The East Coast Wizards return to action this afternoon at 12:00pm, with a road matchup against the Seahawks Hockey Club.

Entering today's New England Conference matchup, the Wizards find themselves in 5th place in the conference with an overall record of 11-8-3. As for the Seahawks, they currently sit in 3rd place with a mark of 15-6-0 in their first 21 games.

"This will be a good test for us today," said Wizards head coach and general manager Freddy Meyer. "Of course we are trying to bounce back after Sunday's loss to the Rangers, while they are trying to get back into the win column after back-to-back losses last week. Both teams should be hungry from the start of this one."

This is the 2nd meeting of the season between the Wizards and the Seahawks, with the first matchup taking place back in the beginning of October.

After the Wizards jumped out to a 1-0 lead, the Seahawks responded in a big way with five unanswered goals, in route to a 5-2 victory.

If you can't make it down to the cape for the game this afternoon, you can catch the action live on HockeyTV. Also, be sure to follow the Wizards on Twitter, for updates throughout today's matchup. 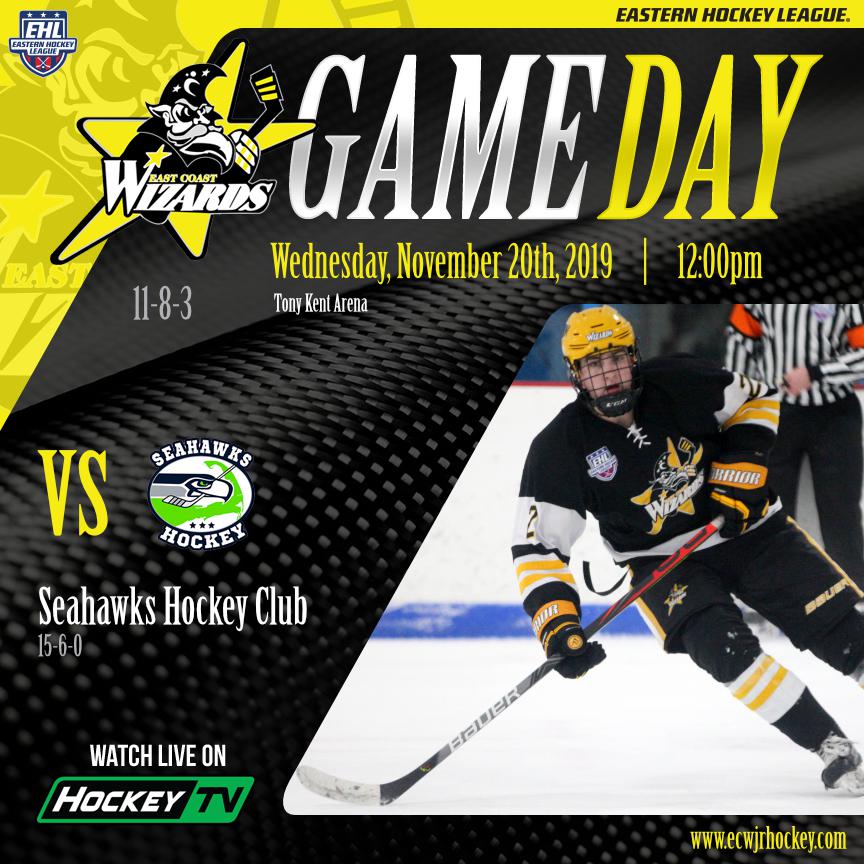