EHL Team Set for 2nd Half of the Schedule

BEDFORD, MA -- The East Coast Wizards have reached the halfway point of their 2019-20 regular season schedule. As the month of November comes to an end and December begins, the Wizards have played 23 total games and have 23 games remaining in the regular season.

After a little bit of a rocky start to the campaign, the Wizards have played much better as of late, as they stand at 11-9-3 heading into the final month of the calendar year.

“We definitely didn’t get off to the start we were hoping for when we lost the first three games of the year,” said Wizards head coach and general manager Freddy Meyer. “But as is the case with every season, the team will experience many ups and downs throughout the year.”

Meyer’s point is exemplified by the way the Wizards record has developed to this point, going 3-3-0 in September, 4-4-2 in October, and 4-2-1 in November. Included during that time were two separate three-game losing streaks, but also a five-game winning streak, and a seven-game point streak.

“Kory [Falite] and I know that we can play much more consistently,” added Meyer. “When we do that, the results will follow.”

With half the season still remaining, the Wizards will begin the month of December in 7th place in the New England Conference. The jockeying for playoff positioning will be huge throughout the final three months of the regular season, as the Wizards push to make it back to Providence, RI for the second consecutive year. 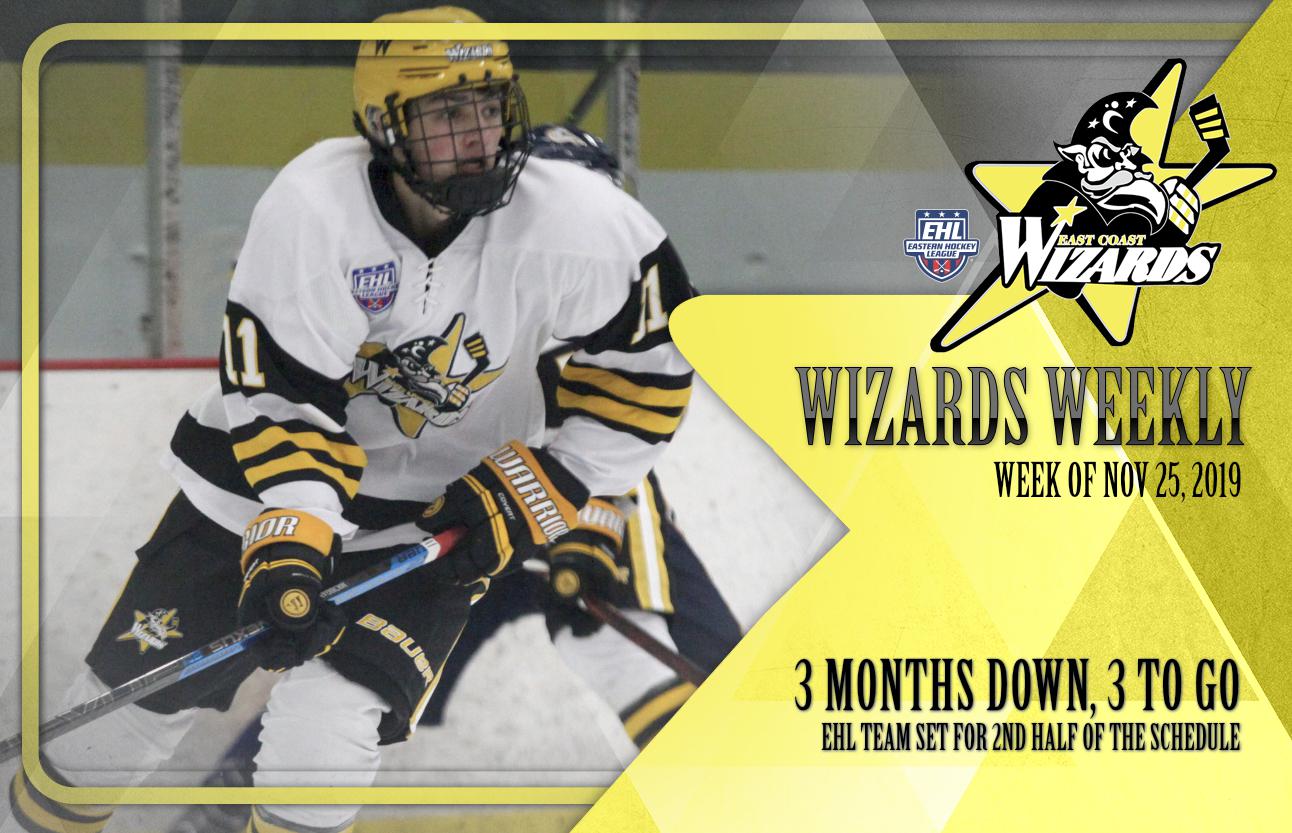