Wizards Return to Action at Home

BEDFORD, MA -- The East Coast Wizards return to action this afternoon at 12:00pm, with a home matchup against the Valley Jr. Warriors.

Today's game is the first for the Wizards since November 20th, and is also the first of eight games on the schedule in the month of December.

"Kory [Falite] and I are definitely curious to see how our guys look after a pretty extended break for Thanksgiving," said Wizards head coach and general manager Freddy Meyer. "This is a big month for us, so it will be important to kick things off with a little momentum this afternoon."

Today's contest against the Warriors is the 2nd meeting of the year between the two teams, with still three more regular season matchups left to go.

In the first matchup, the Warriors jumped out a quick 2-0 lead and never looked back on their way to a 6-3 victory.

If you can't make it to Bedford, you can catch the action live on HockeyTV. Also, be sure to follow the Wizards on Twitter, for updates throughout today's matchup. 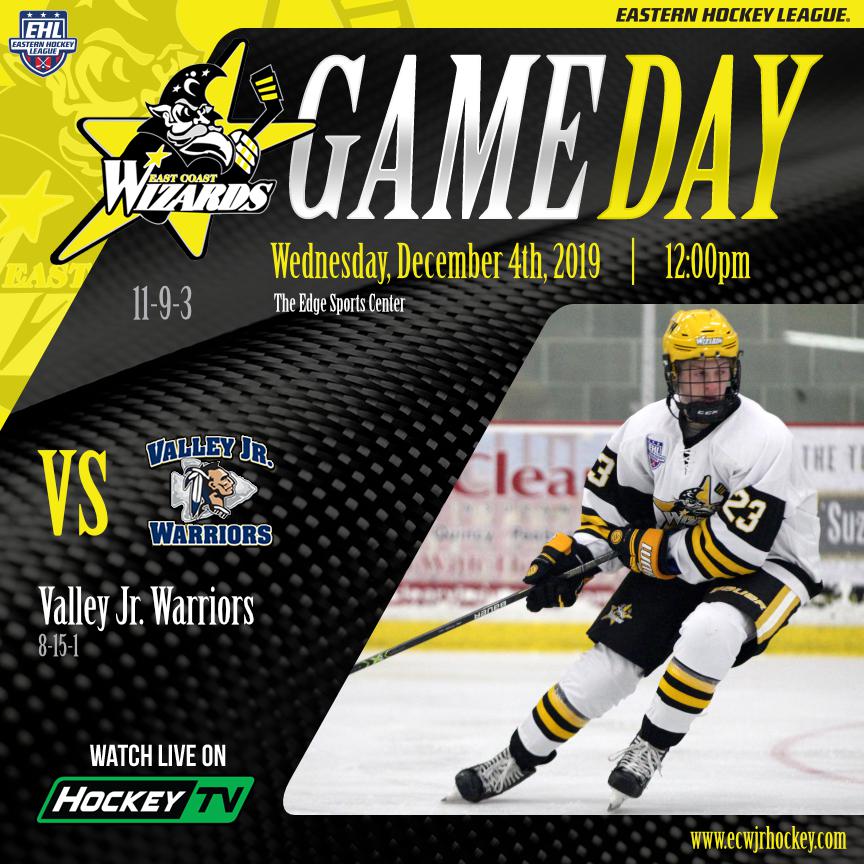