BEDFORD, MA -- The East Coast Wizards are pleased to announce that Gabriel Gagnon has committed to Stevenson University for the fall of 2020. In his second season with the Wizards, the '99 native of Canada has played in 74 career games in the Eastern Hockey League (EHL), tallying 18 points on the blue line.

"Gabe has been one of the hardest working players we've ever had in this program," said EHL head coach and general manager Freddy Meyer. "Kory [Falite] and I are very happy with the way he's developed since the beginning of last year. It feels like every game he gets stronger and stronger, and it's a true credit to his work ethic both on and off the ice. We are really looking forward to following him at the next level."

Gagnon is the first commit of the season for the Wizards and the third EHL defensemen so far this year that has chosen the Mustangs hockey program. Gagnon will be joined by Justin Vickers (New Jersey 87s) and Jack Goodman (New Hampshire Avalanche), when he arrives on campus next fall. With this decision now behind him, Gagnon took some time to give thanks to everyone that helped him along the way.

"I am so proud to announce my commitment to further my academic and athletic careers at Stevenson University," said Gagnon. "I want to thank Freddy, Kory, and the Wizards for working with me for the past two seasons, and preparing me for the college hockey level. I want to send a special thank you to my parents and family for always being there for me, and helping make this a reality. I am very excited about the opportunity that Coach Dawes and Coach Peffall have given me, and I can not wait to be part of something so exciting."

Gagnon and the Wizards have endured a tough stretch over their last five games, but will look to turn things around and head into the break with some momentum. Prior to heading home for the holidays, the Wizards will host the Lumberjacks on Wednesday, and then travel to take on the Railers on Friday. 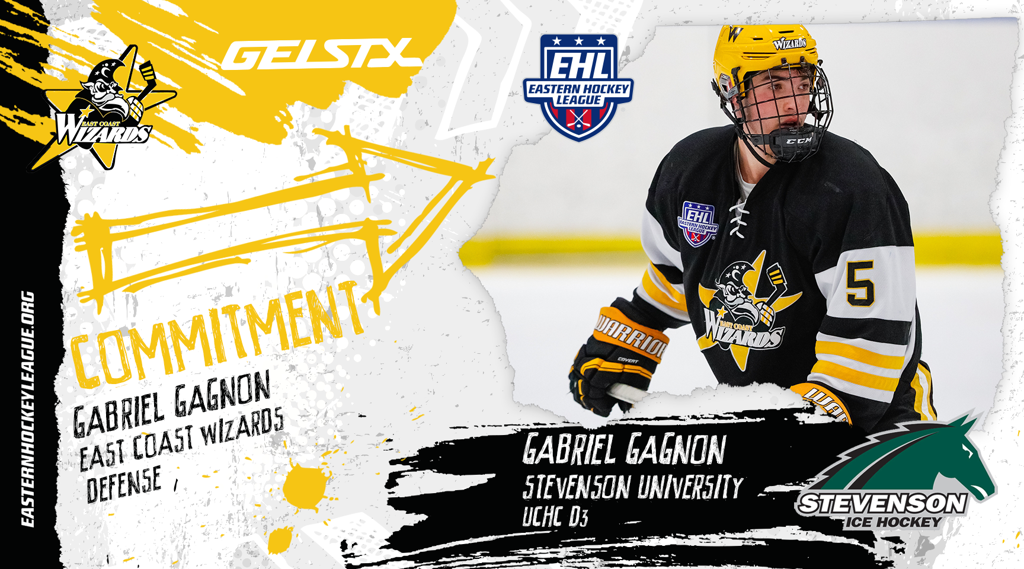