BEDFORD, MA -- The East Coast Wizards return home this afternoon for a matchup with the Vermont Lumberjacks. Today's matchup is the third meeting of the season between the two New England Conference rivals, with Vermont having won the previous two matchups by final scores of 4-3 and 3-2 (OT).

"They've had our number so far this season, but we've also had our chances to win each matchup," said Wizards head coach and general manager Freddy Meyer. "It's all about playing the full 60 minutes this afternoon."

Entering today's matchup, the Wizards are in the midst of a five-game losing streak, but a trio of those loses have been by two goals or less.

The 4th and final regular season meeting between the two teams will take place on January 29th up in Burlington, VT.

If you can't make it to Bedford for the game this afternoon, you can catch the action live on HockeyTV. Also, be sure to follow the Wizards on Twitter, for updates throughout the matchup. 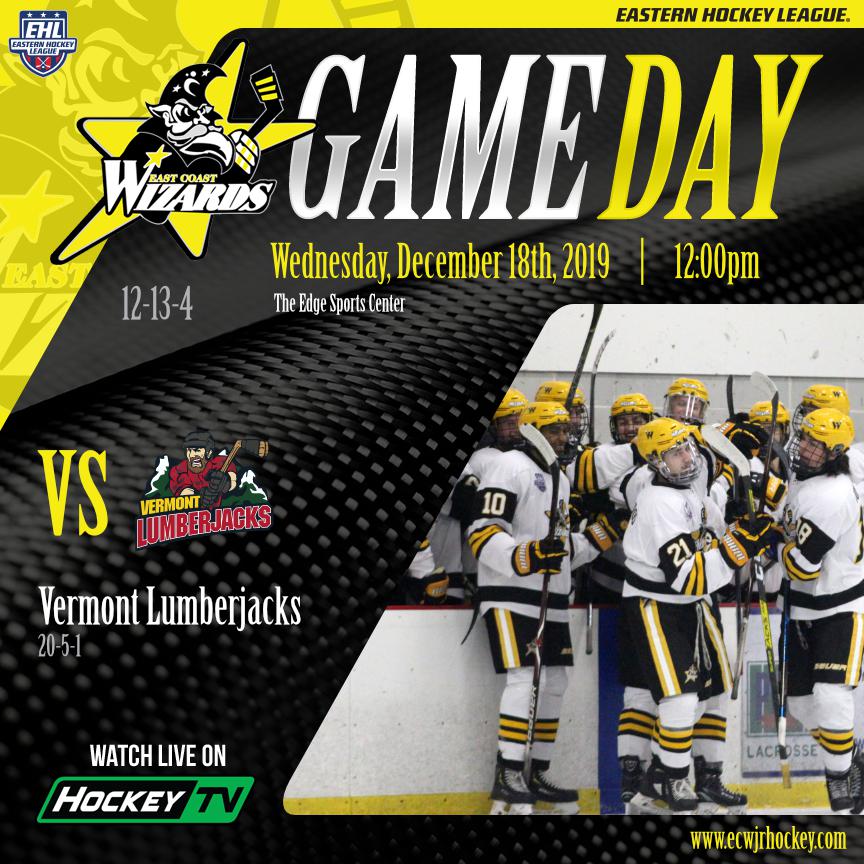