BEDFORD, MA -- The East Coast Wizards are pleased to announce that Andrew Harley has committed to SUNY Brockport for the fall of 2020. In his second season with the Wizards, the '99 native of Brockport, NY has tallied 61 points in 76 career games in the Eastern Hockey League (EHL).

"Andrew is far and away the most improved player on our team this season, and he may even be the most improved player in the entire league," said EHL head coach and general manager Freddy Meyer. "The dedication that he has put in both on and off the ice has been tremendous, and this year's results are completely earned. Kory [Falite] and I are beyond proud of the player that Andrew has become."

As Meyer mentioned, Harley has shown tremendous improvement during his time in the EHL, and it's very apparent from the numbers he's put up so far this year. After tallying an even nine goals and nine assists through all of last year, Harley already has 43 points (16 goals, 27 assists) in his first 30 games this year. Overall, Harley is tied with two other players for the 4th most points in the EHL.

"I would like to thank Coach Meyer, Coach Falite, and the entire Wizards organization for everything they have done over the past two years," said Harley. "I would also like to thank my parents for allowing me the opportunity to chase my lifelong dream of playing NCAA hockey. During my time with the Wizards I have made tremendous strides in developing my game. I cannot thank my coaches and teammates enough. With that said, I’m looking forward to getting back to work after the break, to make another push for Providence, before moving on to continue my academic and hockey careers at SUNY Brockport. I’m extremely excited to play for Coach Dickinson and the Golden Eagles in the SUNYAC, a top team in one of the best Division III conferences in the country."

Harley and the Wizards have just a single game left before the holiday break, as they travel out to Worcester, MA to take on the Railers tomorrow morning at 11:30am. 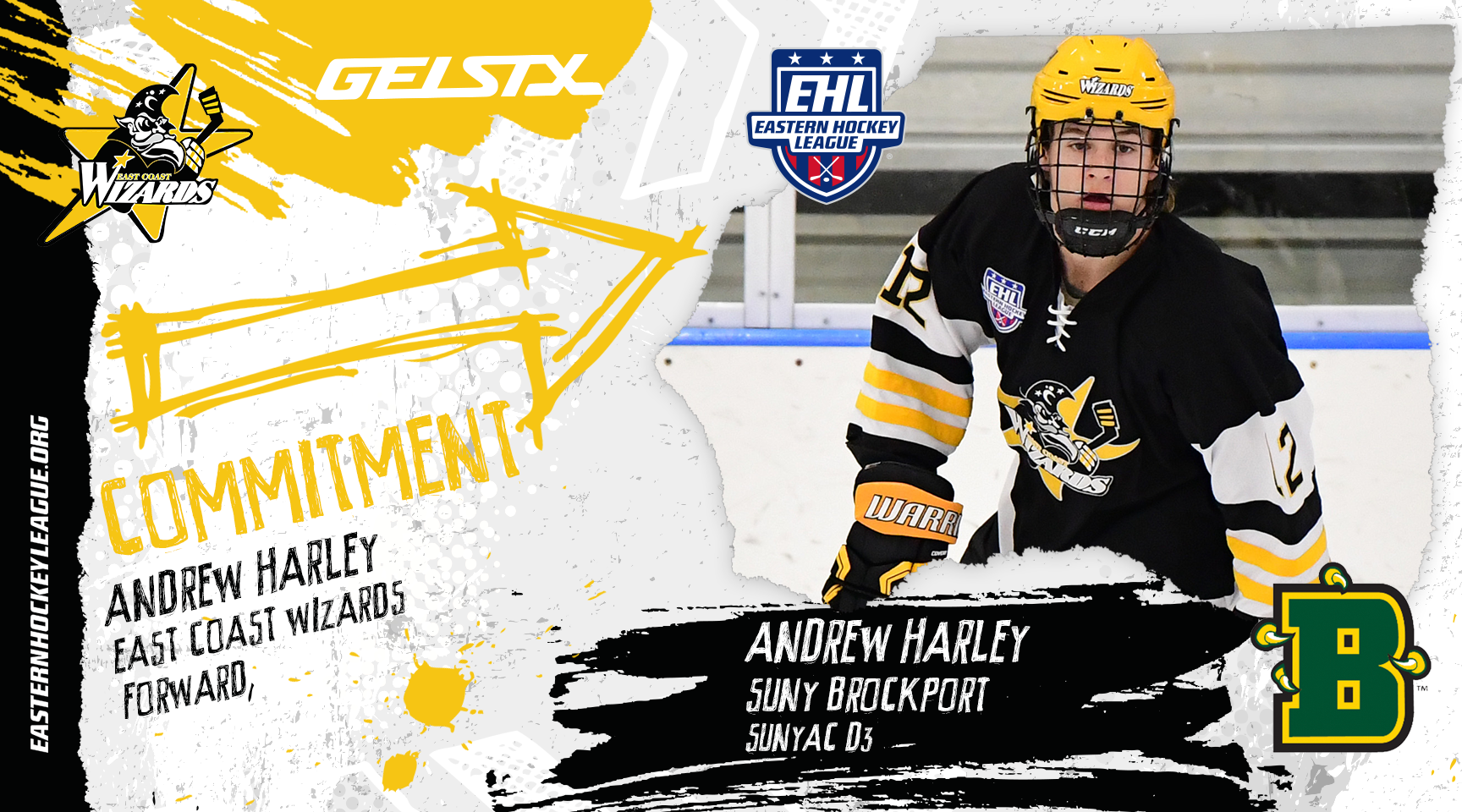