BEDFORD, MA -- The East Coast Wizards wrap-up the 2019 calendar year today in Worcester, MA at 11:30am. Today's matchup is the third of the season between the Wizards and the Railers Jr. Hockey Club. In the previous two meetings, the Wizards took care of business by securing victories of 9-1 and 6-0.

"We definitely played well the first two times around, but you can't take anyone lightly in this league," said Wizards head coach and general manager Freddy Meyer. "Today's goal is simple, let's head into break with a win."

The Wizards have gone through a very difficult month of December, ever since beating the Valley Jr. Warriors on the 4th. Despite a number of close contests, the Wizards are on a six-game losing streak since then.

The players and coaches are hoping that their early season success against the Railers carries over to today, the final game before the holiday break.

If you can't make it to Worcester for the game today, you can catch the action live on HockeyTV. Also, be sure to follow the Wizards on Twitter, for updates throughout the matchup. 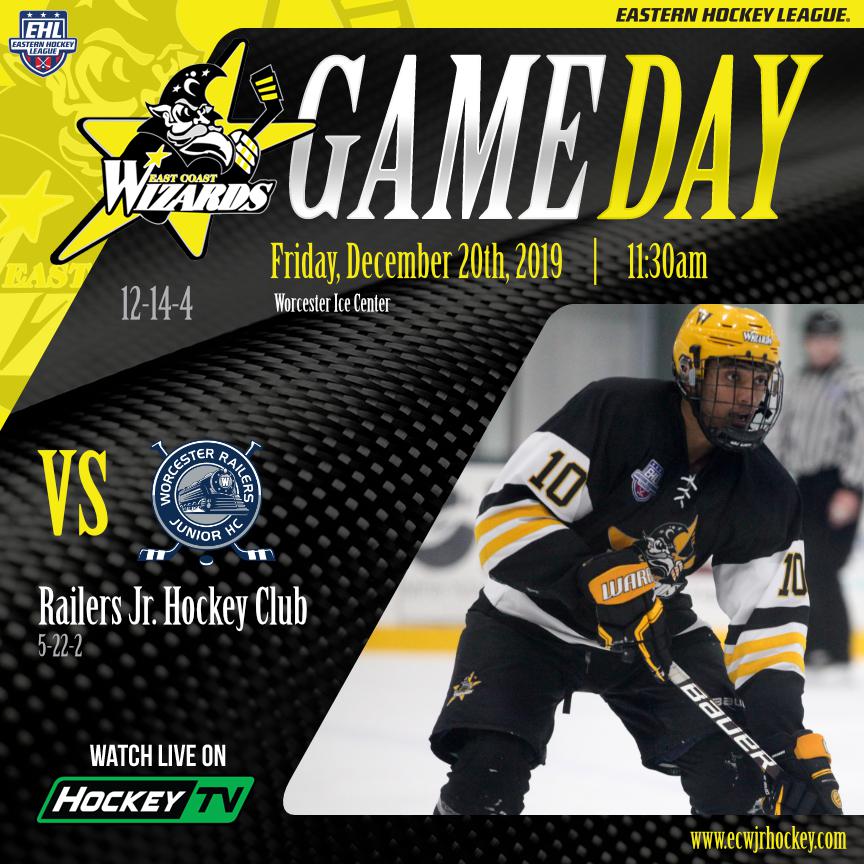