BEDFORD, MA -- The East Coast Wizards return to action today at Noon for a matchup with the Walpole Express. Today's game is the first for the Wizards since returning from the holiday break, and the third meeting of the season with the Express.

"The break came at a good time for us," said Wizards head coach and general manager Freddy Meyer. "December was a little bit of a struggle, but we ended it with a win, and then got some time to rest and reset. Today's the start of a big two months where we truly will find out who we are as a hockey team."

The two New England Conference rivals split the previous two matchups, with each club earning their respective victory on the road. The fourth and final regular season meeting will take place on February 5th down at Rodman Arena.

If you can't make it to Bedford for the game today, you can catch the action live on HockeyTV. Also, be sure to follow the Wizards on Twitter, for updates throughout the matchup. 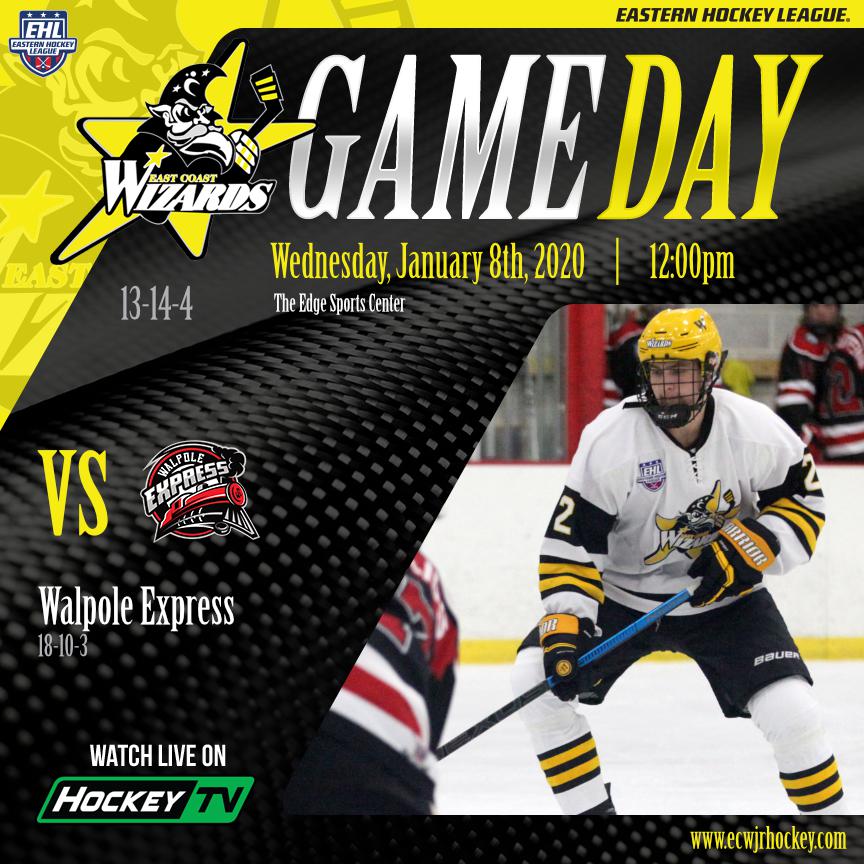