BEDFORD, MA -- It's hard to believe, but the East Coast Wizards are down to their last 11 games of the 2019-20 regular season. As of today, the Wizards would be the #7 seed in the New England Conference, which would earn them a trip to travel and take on the #6 New England Wolves in the Play-In Round.

Of course there are many teams throughout the conference that own games in hand on each other, but it's worth noting that only one team has played more games then the Wizards so far (36, Seahawks Hockey Club).

"We aren't in love with where we stand by any means, but we're playing in a really tough conference," said Wizards head coach and general manager Freddy Meyer. "It goes without saying that every night is a battle, and if you don't bring it, then you're going to wind up on the losing side of things."

The Wizards can enjoy a small sense of comfort in knowing that the nearest team out of the playoff picture is the Connecticut Chiefs, who've played the same number of games and sit 11 points back of them. However, that doesn't mean the Wizards can just coast their way to the #7 or #8 seed, and make the playoffs. There is still work to be done to secure the postseason spot, or even improve on their position.

Looking ahead, there are plenty of games to circle on the schedule, but the most notable may be the matchup with the Seacoast Spartans on February 7th. The Spartans have controlled the season series and will likely hold the tiebreaker over the Wizards, so that matchup may just determine who is #7 in the playoffs and who is #8.

Coming up next week, the Wizards hit the road to take on the Valley Jr. Warriors on Wednesday and then return home to host the Seahawks Hockey Club on Thursday. 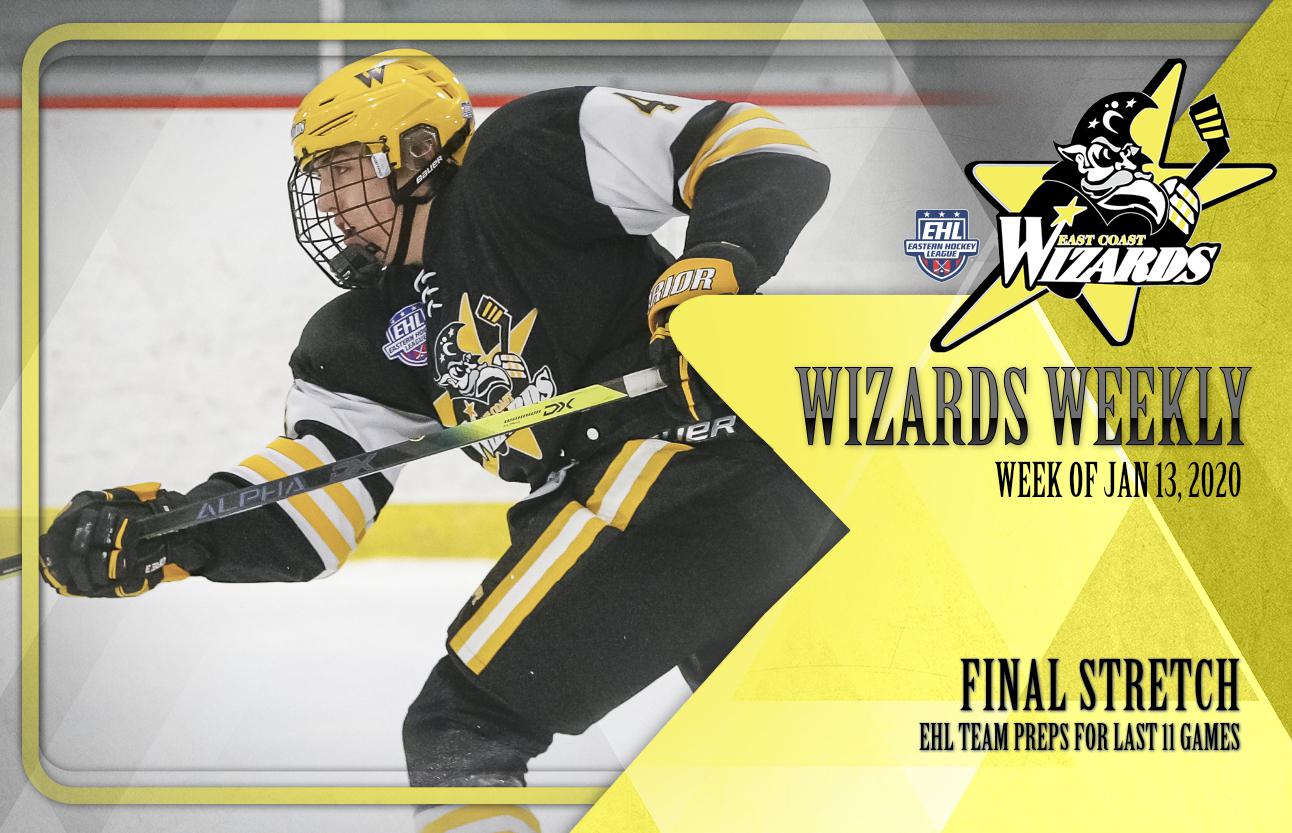