BEDFORD, MA -- After a week off in the schedule, the East Coast Wizards return to action this week with matchups against the Valley Jr. Warriors on Wednesday and the Seahawks Hockey Club on Thursday.

Entering the week, the Wizards own a record of 14-15-6 in 35 games, which leaves just 11 games remaining to improve on their playoff positioning. As of today, the Wizards would be the #7 seed if the playoffs got underway, but it's important to note that there are a number of teams with games in hand on the Wizards.

"We can only control what's in front of us, as cliche and easy as that is to say," said Wizards head coach and general manager Freddy Meyer. "We don't have any teams that we can take lightly down the stretch, as every matchup and every point is critical."

Included in the 11 remaining regular season games, are three matchups with the Warriors, a team that the Wizards have split their first two matchups with. After dropping the first meeting by the score of 6-3 back in September, the Wizards won the most recent contest 8-4 in December. Wednesday's matchup sends the Wizards to Haverhill, MA for a Noon puck drop, where the team will also return to on February 9th. The final game of the regular season will send the Wizards out on home ice against the Warriors, with a 7:10pm puck drop on February 29th.

As for Thursday's matchup with the Seahawks, this is the final meeting of the season between the two teams. The Seahawks have won each of the previous two contests by scores of 5-2 and 3-2, and they are in a battle of their own as they push to earn a First Round bye in the EHL Playoffs. 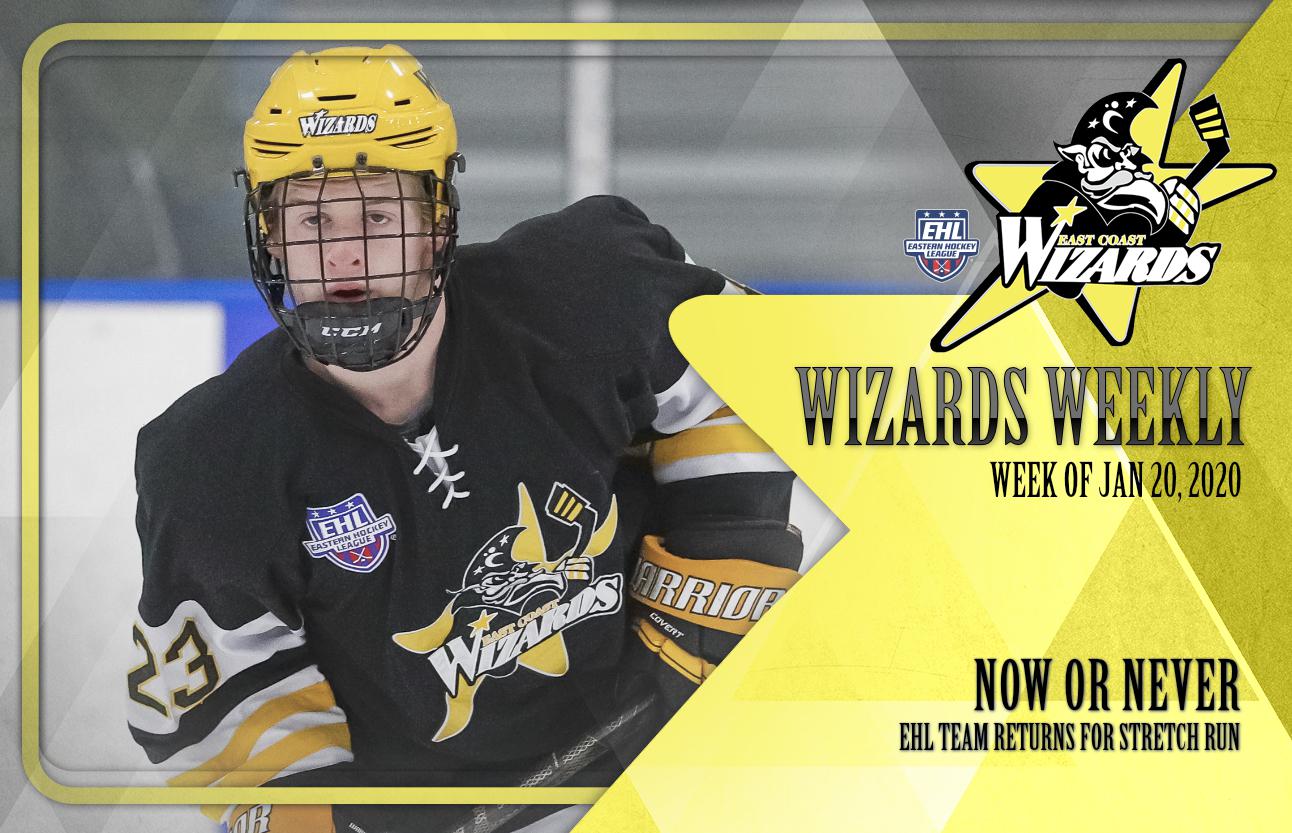