BURLINGTON, VT -- The East Coast Wizards hit the road for a matchup with the Vermont Lumberjacks, this afternoon at 12:30pm. Entering today's contest, the Wizards own a record 16-5-6 through 37 games, which would make them the #7 seed in the New England Conference Playoffs. On the flip side, the Lumberjacks own a mark of 28-8-1 through their 37 games, and they would be the #2 seed if the postseason started today.

"We are definitely coming off of a nice week last week, but today is a different test," said Wizards head coach and general manager Freddy Meyer. "It almost goes without saying since they've beat us all 3 times we've played so far this season."

As Meyer mentioned, the Lumberjacks have controlled the regular season series, with victories by scores of 4-3, 3-2 (OT), and 4-2. Every matchup has been close, and the same should be expected again today.

If you can't make it to Burlington for the game today, you can catch the action live on HockeyTV. Also, be sure to follow the Wizards on Twitter, for updates throughout the matchup. 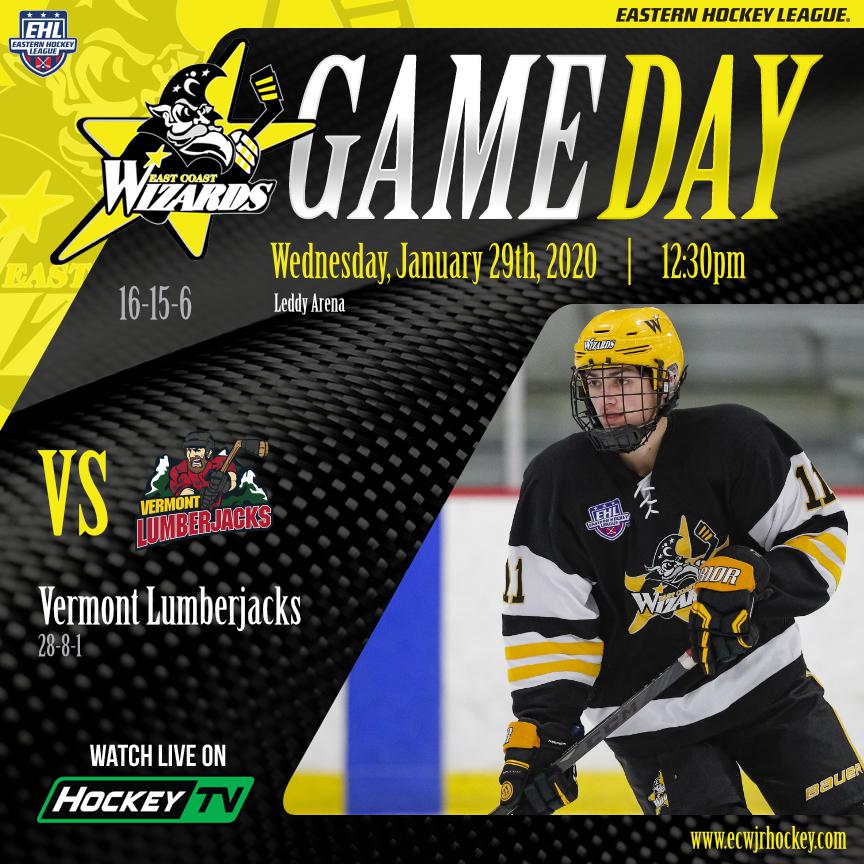