WALPOLE, MA -- The East Coast Wizards hit the ice today at Noon, for the final regular season meeting of the year with the Walpole Express. Coming into this one with a record of 17-6-6, the Wizards have won two of the three matchups with the Express so far this season. While the Wizards currently sit in 7th place in the New England Conference, Walpole is in possession of 5th place with a mark of 22-11-3.

"Just like every game in this league, today will be another good test for our team," said Wizards head coach and general manager Freddy Meyer. "We've only got 7 games on the schedule this month, so it would be nice to start off February on the right foot."

As Meyer mentioned, the Wizards only have seven games remaining in the regular season, and the team is locked into the Play-In Round. What's left to be determined is the final seed, which could range anywhere from #5 to #8, depending on how the next seven games go.

If you can't make it to Walpole for the game today, you can catch the action live on HockeyTV. Also, be sure to follow the Wizards on Twitter, for updates throughout the matchup. 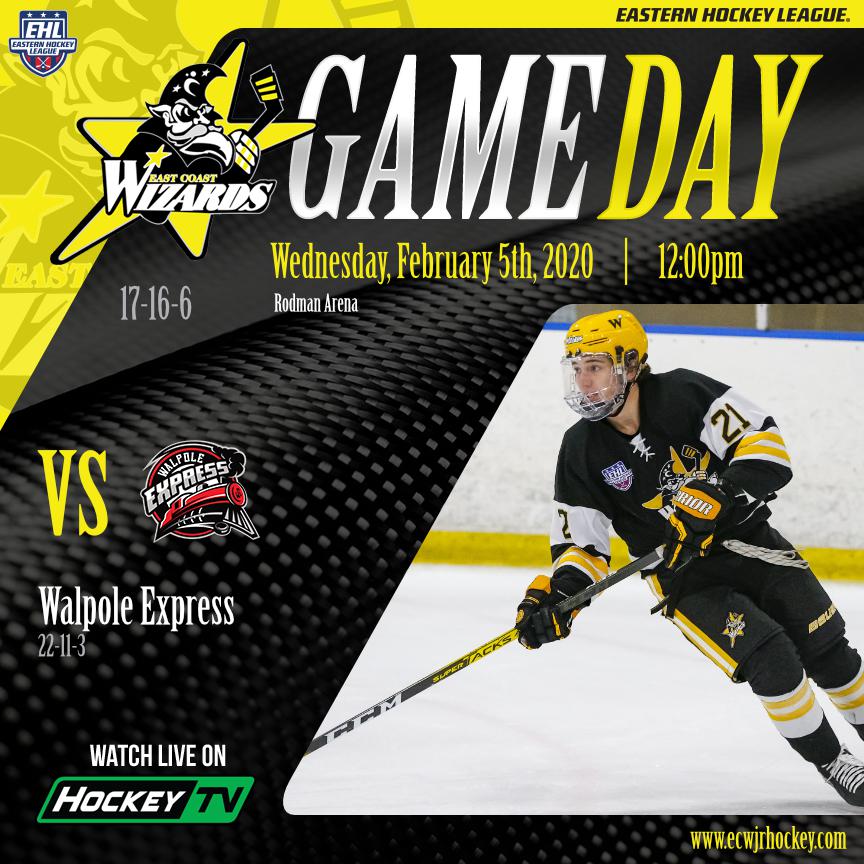