HAVERHILL, MA -- The East Coast Wizards are in action today at 12:05pm, for the 3rd time this season against the Valley Jr. Warriors. Entering today's contest, the Wizards have won three in a row, and own an overall mark of 19-16-6 in 41 games. As for the Warriors, through 39 games of their own, their record sits at 12-26-1.

"We played well the past two times we've faced these guys, but that doesn't mean today will be easy," said Wizards head coach and general manager Freddy Meyer. "They've stung us before, and they will again today if we don't bring it for 60 minutes."

As Meyer mentioned, the Warriors won the first matchup of the year by the score of 6-3 back in September. Since then the Wizards have picked up wins of 8-4 and 3-1 over their conference opponent. After today's game, the Wizards and Warriors will face-off in their 5th and final regular season matchup of the year on February 29th. That game will be played at home, and will also be the final game of the 2019-20 regular season for the Wizards.

If you can't make it to Haverhill for the game today, you can catch the action live on HockeyTV. Also, be sure to follow the Wizards on Twitter, for updates throughout the matchup. 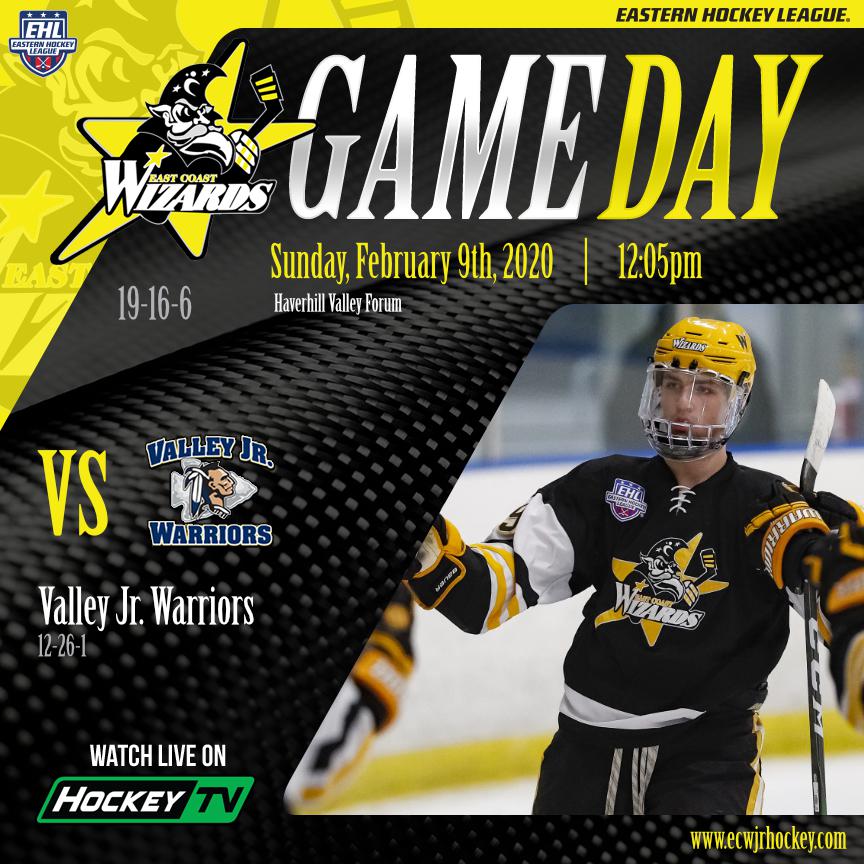