BEDFORD, MA -- The East Coast Wizards are pleased to announce that Carter Elrod has committed to Johnson & Wales University (JWU) for the fall of 2020. Elrod is in his second season with the Wizards, and to date, he's tallied 47 total points in 86 career games in the Eastern Hockey League (EHL).

"We are very proud of Carter for his commitment to JWU," said EHL head coach and general manager Freddy Meyer. "Carter has shown tremendous development during his time with our program, and he is ready to take his game to the next level."

"I have so many people to thank for helping me achieve my goal of playing NCAA hockey," said Elrod. "First of all, my parents who have supported my dream by encouraging me to work hard and be diligent in all that I do. Secondly, I would like to thank Coach Meyer, Coach Falite, and the entire Wizards organization. My two seasons with Wizards have been a great experience. Through my time here in Bedford I have grown as a person, teammate, and hockey player. Freddy and Kory have been exceptional coaches both on and off the ice. Playing in the EHL has given me exposure to some of the best Division III hockey programs, and a chance to experience the east coast area which I have grown to love. I’m excited to start my next next chapter in life playing hockey for Coach Graham as a JWU Wildcat."

Elrod and the Wizards are in a tight battle for playoff positioning in the New England Conference. Coming up, they have just four games remaining in the regular season, two on the road and two at home. 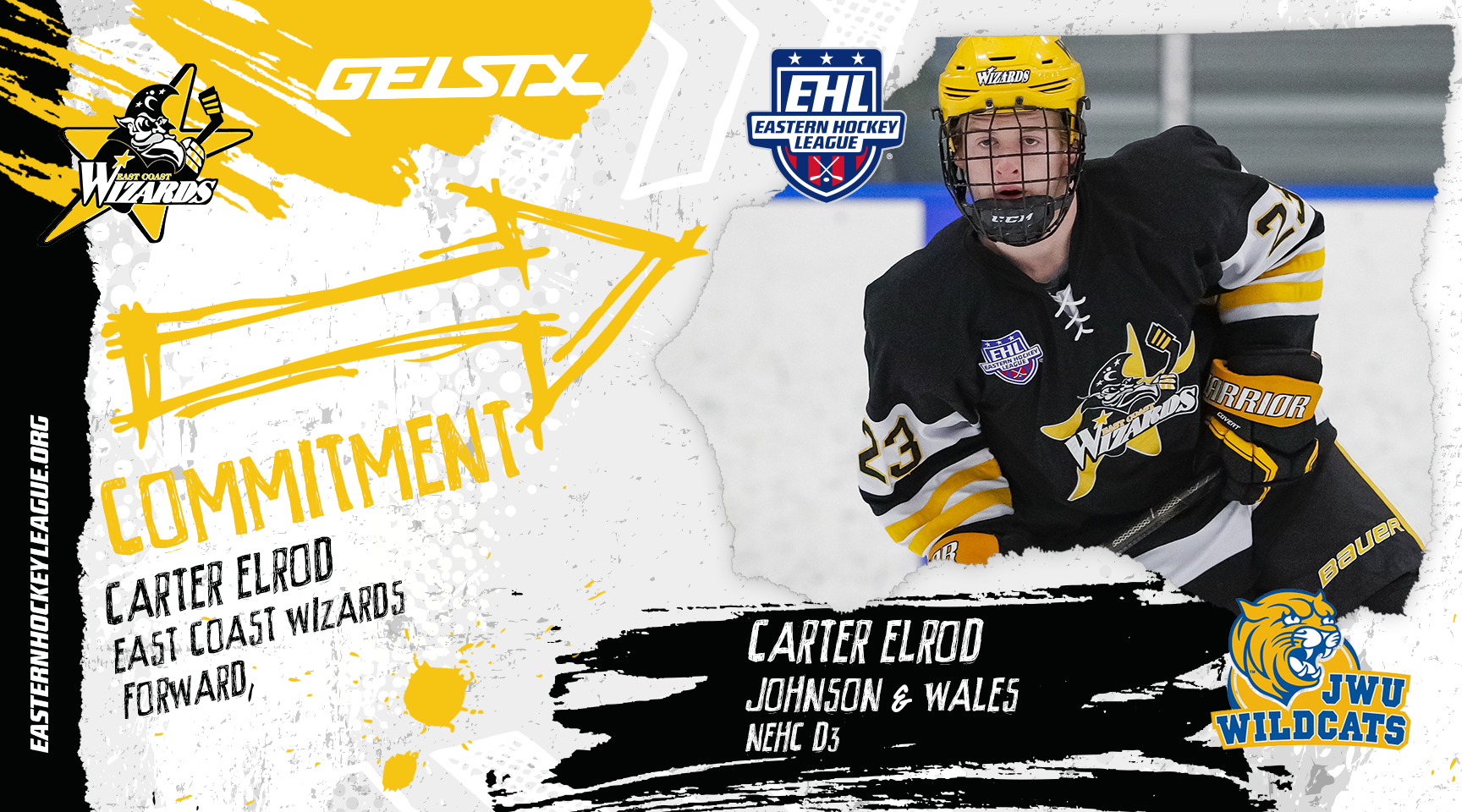