EHL Team Hits the Road to Take on Chiefs

NEWINGTON, CT -- The East Coast Wizards hit the road today for an afternoon matchup with the Connecticut Chiefs. Today's game starts at 1:40pm, as the Wizards look to extend their four-game winning streak. Entering the matchup, the Wizards own a 20-16-6 record for the season, which includes a 2-0-0 mark against the Chiefs.

"This will be a good matchup this afternoon," said Wizards head coach and general manager Freddy Meyer. "We've been off since Sunday, and only have a small handful of games left in the regular season. Every point is critical down the stretch."

As Meyer mentioned, after today's contest, the Wizards only have three games remaining in the regular season. The team has already clinched at least the 7th seed in the upcoming New England Conference Playoffs, but could advance as high as 5th, depending on how things play out.

If you can't make it to Newington for the game today, you can catch the action live on HockeyTV. Also, be sure to follow the Wizards on Twitter, for updates throughout the matchup. 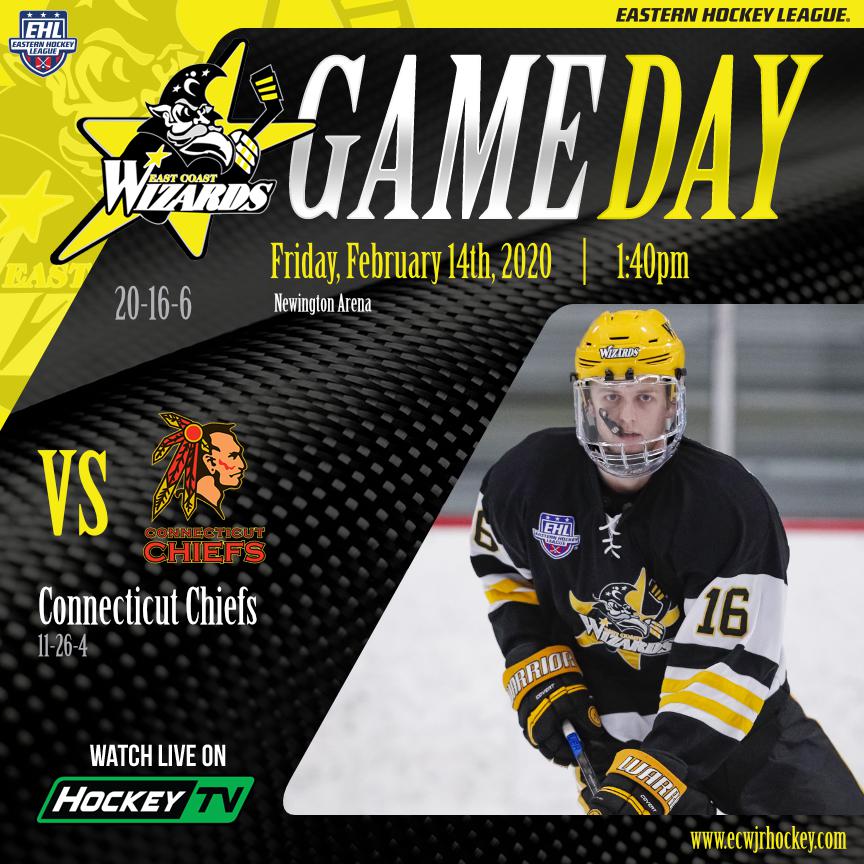