HOOKSETT, NH -- The East Coast Wizards hit the ice today at 11:40am for their 4th and final regular season matchup of the year with the New Hampshire Avalanche. Entering today's contest, the Wizards currently own a record of 21-16-6, which is good for 7th place in the New England Conference. As for the 3rd place Avalanche, they roll in with a mark of 29-9-3. Neither team is locked into their current seed, making today's two points very important for each squad.

"It's always fun to play these guys," said Wizards head coach and general manager Freddy Meyer. "No matter when it is, the games are physical and hard-fought from start to finish. I wouldn't expect anything different today."

The Wizards won the first two matchups of the year against the Avalanche, by scores of 4-3 (SO) and 4-1. However, the Avalanche did earn a little revenge with a 4-0 shutout in the most recent contest.

Following today's game, the Wizards only have two matchups remaining in the regular season, as they host the New England Wolves next Friday the 28th, and the Valley Jr. Warriors on Saturday the 29th.

If you can't make it to Hooksett for the game today, you can catch the action live on HockeyTV. Also, be sure to follow the Wizards on Twitter, for updates throughout the matchup. 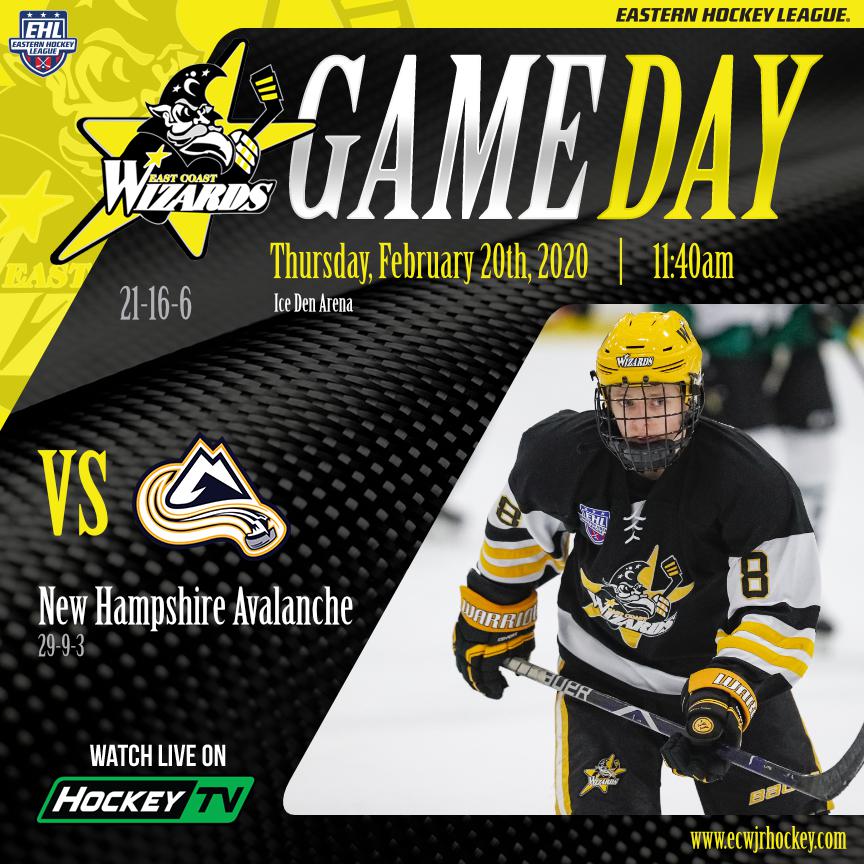