EXETER, NH -- The East Coast Wizards are set to kick-off their 7th season in franchise history on Saturday night at The Rinks at Exeter. The matchup with the Seacoast Spartans will begin at 8:10 pm. This past season (2019-20), the Wizards compiled a record of 1-2-1 in four total matchups against the Spartans.

"Our group is excited and ready to go," said EHL head coach and general manager Kory Falite. "For our core of returners they are itching to get back into game action, especially with how last season ended. We will never know how that playoff series would have gone with the Rangers, so now it's just a matter of picking up where we left off."

For Falite that is also his mindset as he takes over for Freddy Meyer, who had served as the Head Coach and General Manager for the first six years of the franchise. The Wizards named Falite their new bench boss back in April, and he will be joined by Chris Santello, who was announced as the new Assistant Coach a few weeks ago.

Overall, when looking back on last year's regular season series with the Spartans, Seacoast won the first three matchups of the year, before the Wizards turned the tables with a 7-4 victory in early February. It's also important to note for the Wizards, that all three of their losses were by a single goal.

You can expect another tight contest on Saturday night, as the Wizards kick-off a brand new season in the EHL. Be sure to follow the box score at EasternHockeyLeague.org, and watch the game live on HockeyTV. 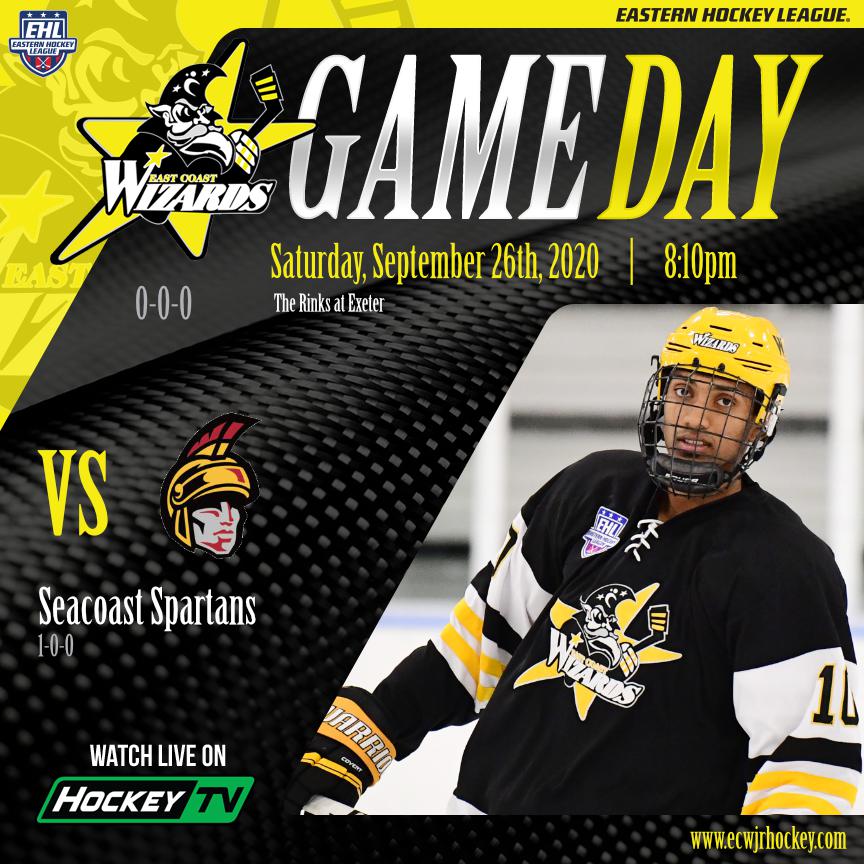