BEDFORD, MA -- The East Coast Wizards return to action this afternoon at 12:30 pm, for their Eastern Hockey League (EHL) home opener against the Seacoast Spartans. The Wizards and Spartans already met once this season, back on September 26th, when the Wizards grabbed the extra point in a 4-3 shootout victory.

"That was our first game of the season and it feels like forever ago at this point," said EHL head coach and general manager Kory Falite. "Regardless, our guys are excited to get back on the ice, and break out our new home jerseys for the first time this season."

For the Wizards, today's game is just their 3rd of the season, as they enter the matchup with a blemish-free mark of 2-0-0. As for the Spartans, today's game is their 8th of season, and they own a near-perfect record themselves at 5-1-1.

When looking back on last year's regular season series with the Spartans, Seacoast won the first three matchups of the year, before the Wizards turned the tables with a 7-4 victory in early February. It's also important to note for the Wizards, that all three of their losses were by a single goal.

Fast-forward to this year. and these two teams already have gone to a shootout in 2020-21.

You can expect another tight matchup today in Bedford. Be sure to follow the box score at EasternHockeyLeague.org, and watch the game live on HockeyTV. 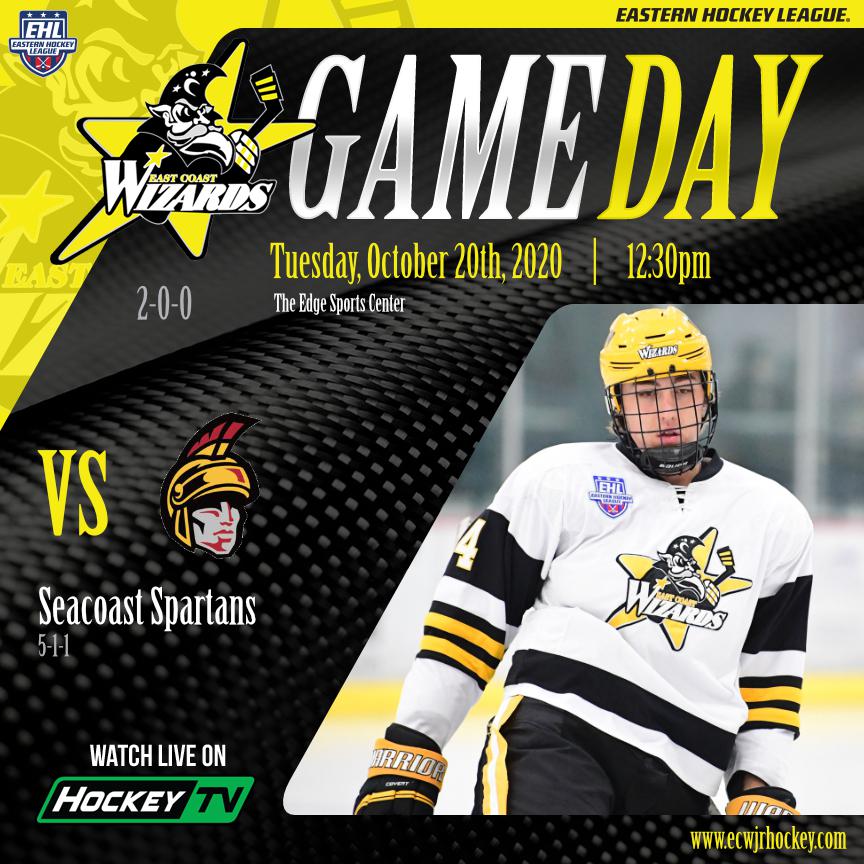