BEDFORD, MA -- The East Coast Wizards get right back to work with a matchup this afternoon against the Railers Junior Hockey Club. Puck drop for today's game is set for 12:30 pm, as the Wizards seek their 4th straight win to kick-off the 2020-21 campaign.

"We are obviously very happy with the start that we've had, but we also haven't accomplished anything yet," said EHL head coach and general manager Kory Falite. "Each game brings a different test, and that holds true today against the Railers."

While the Wizards owned a perfect 4-0-0 record against the Railers last year, each season brings a different roster, and today's opponent is already battle-tested having faced-off with the Vermont Lumberjacks and the New Hampshire Avalanche to start the season.

If you can't make it to Bedford for today's game, be sure to follow the box score at EasternHockeyLeague.org, and watch the matchup live on HockeyTV. 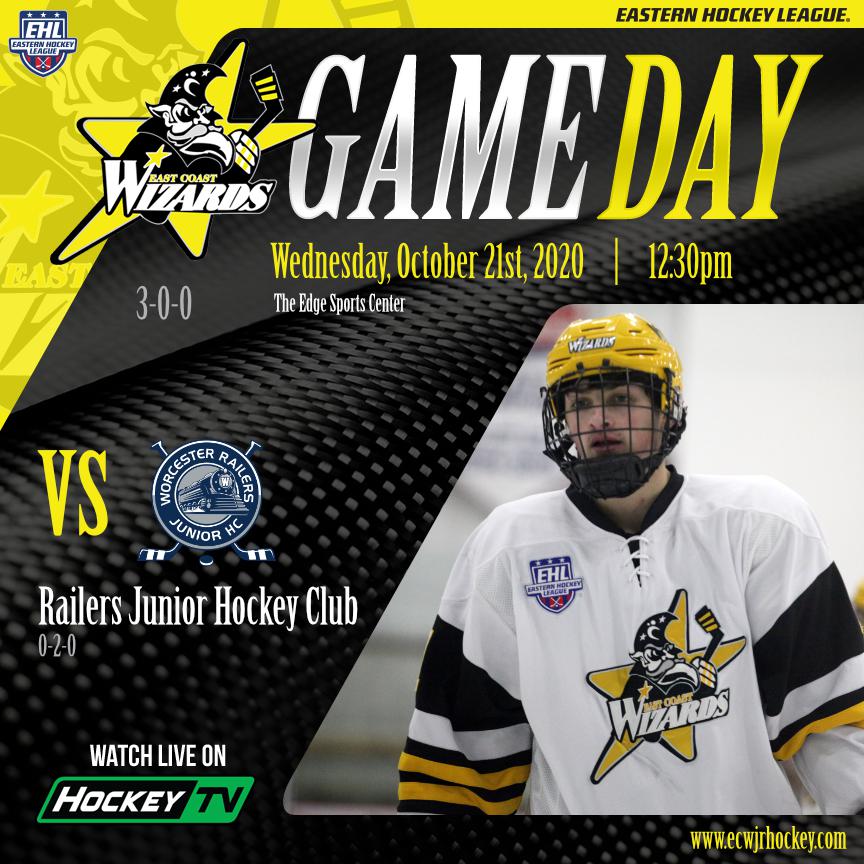