BEDFORD, MA -- With a record of 5-9-0, the East Coast Wizards will reach the 15-game mark on Sunday night against the Boston Jr. Rangers. It has been a busy stretch for the Eastern Hockey League (EHL) team, with 10 total games played so far in the month of November. The schedule doesn't ease up by any means in December, with nine more games leading up to the turn of the calendar year.

"If all goes as planned, we will be at 24 games played when we hit the holiday break," said EHL head coach and general manager Kory Falite. "We're fortunate to have the variety of opponents that we do despite the state restrictions, but we know how difficult every game will be."

While it's still early to be thinking about the postseason, the Wizards know the importance of every point heading into the new year. While the season has been filled with plenty of ups and downs so far, the team is growing closer as a unit, and will look to follow the trend of previous Wizards' teams from the past few seasons.

It has become well-known over the years that the Wizards are a team that gets better as the season progresses, turning into an opponent that you don't want to get matched up against with your season on the line.

If you can't make it to any of the upcoming games, be sure to follow the box scores at EasternHockeyLeague.org, and watch the matchups live on HockeyTV. 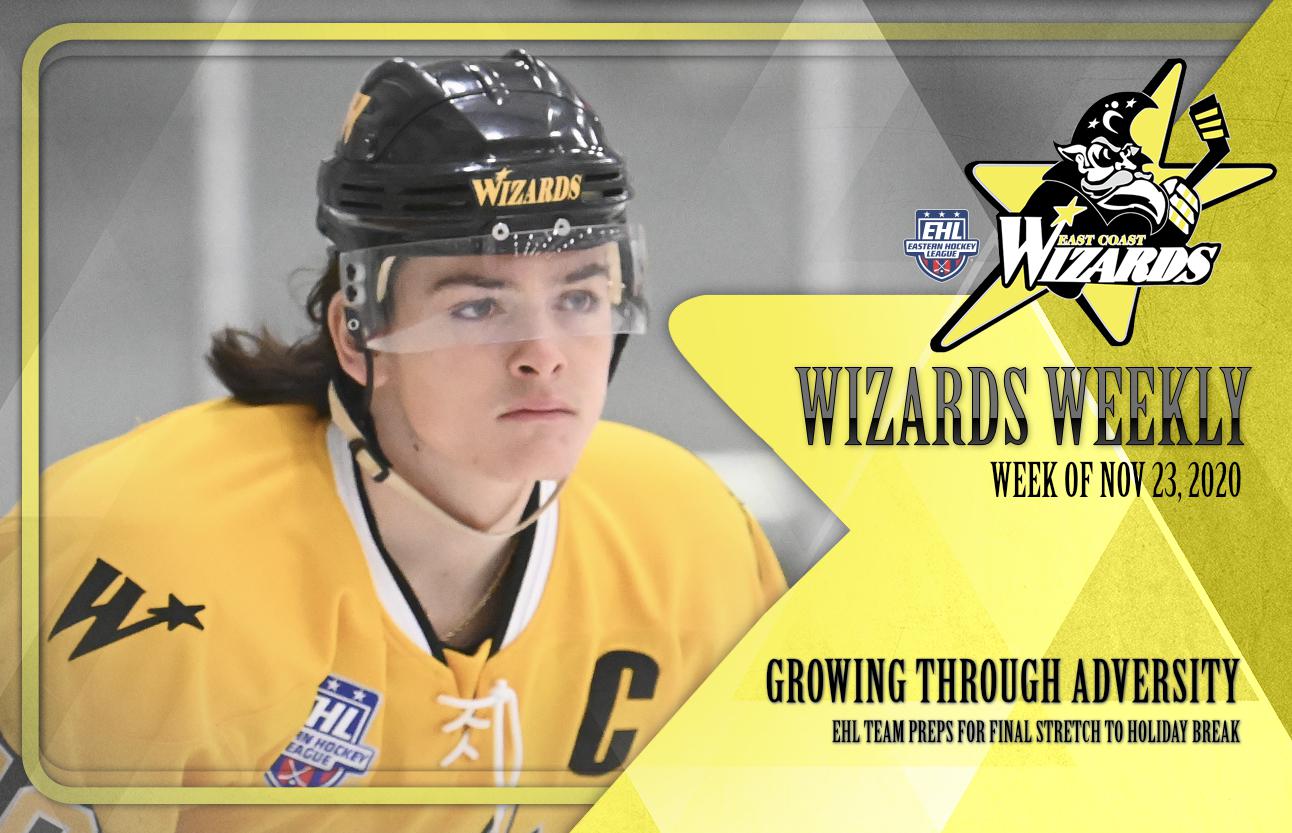