BEDFORD, MA -- The East Coast Wizards are pleased to announce that Zach Papapetros has committed to Castleton University for the fall of 2021. The 2000-born native of North Andover, MA is in his second season with the Wizards, and in 74 career games in the Eastern Hockey League (EHL), he's tallied six goals and 47 assists to his name.

"Papa has come a long way during his time here with the Wizards, and I'm proud that it all led to this moment," said EHL head coach and general manager Kory Falite. "He's worked extremely hard both on and off the ice, ultimately developing into the player he is today. He's a player to watch on every shift and a true leader for our team. I can't to watch him continue to develop at the next level."

As Falite mentioned, Papapetros is a leader for the Wizards, serving as an Assistant Captain during his final season of junior hockey. With this decision, the veteran defenseman also follows the path of a former leader for the Wizards in Glenn Wiswell. The '96 native of Berwick, ME spent three seasons leading the Wizards, and still stands as the leading scorer in franchise history. It was around this time during Wiswell's age-out season that he made the same decision to commit to Castleton.

"My two years with the East Coast Wizards have been nothing short of amazing," said Papapetros "The dedication Coach Falite and Coach Stantello put into the players has helped me both on and off the ice, and because of this, I feel more prepared to transition to the collegiate level. I would like to thank my parents for their continued support over the years. Go Spartans!"

Papapetros and the Wizards currently sit in 6th place in the Central Division with 12 games remaining in the regular season. The team will be looking to build off of yesterday's 8-5 victory over the Seahawks Hockey Club when they hit the ice next on Saturday night against the Valley Junior Warriors. 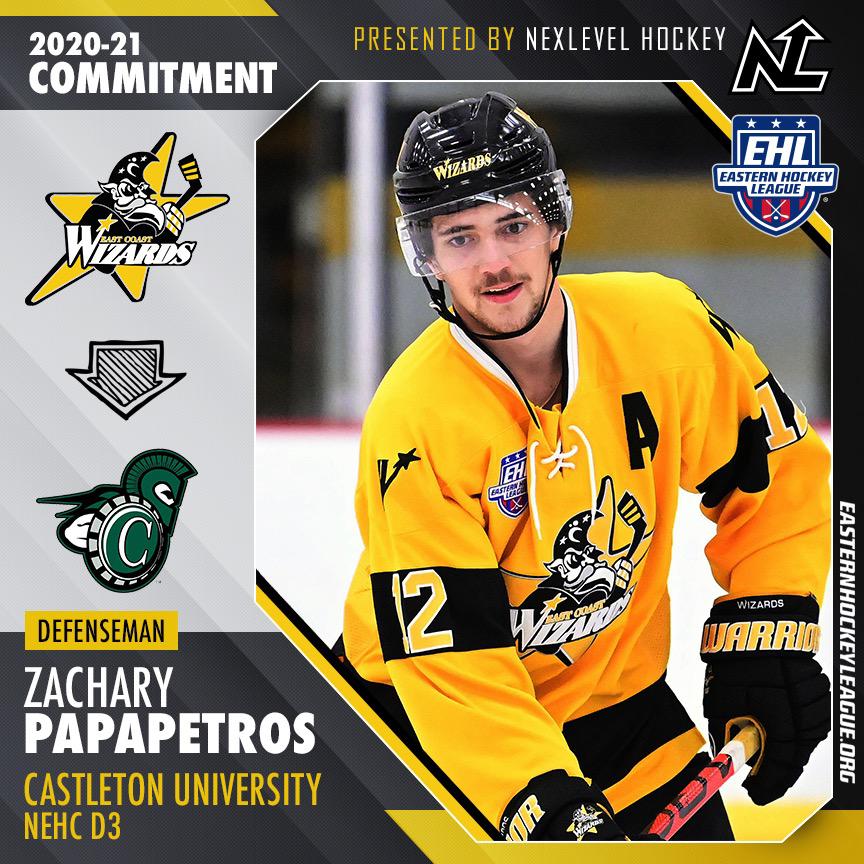