CHELMSFORD, MA -- The East Coast Wizards hit the road tonight for a matchup against the Valley Junior Warriors. Tonight's showdown is the 5th meeting of the season between the two Central Division foes, with the Warriors having won the last three contests. Overall, the Wizards stand at 9-16-1 in their first 26 games of the season, while Valley enters with a record of 6-16-0.

"We haven't beaten these guys since back in November, so that's obviously on our mind tonight," said EHL head coach and general manager Kory Falite. "We can't make up for the three games we lost to them all in one night, but we can carry over the momentum of what we accomplished on Wednesday."

It wasn't the prettiest game on Wednesday, but 'A Win is a Win' as they say, and that's exactly what the Wizards got in an 8-5 victory over the Seahawks Hockey Club. In total, 10 different players tallied at least a point for the Wizards, with Ryan Webb leading the way with a pair of goals and three assists. Ryan Turse and Will Jennings followed closely behind with four-point games of their own.

If you can't make it to tonight's game, be sure to follow the box score at EasternHockeyLeague.org, and watch the matchup live on HockeyTV. 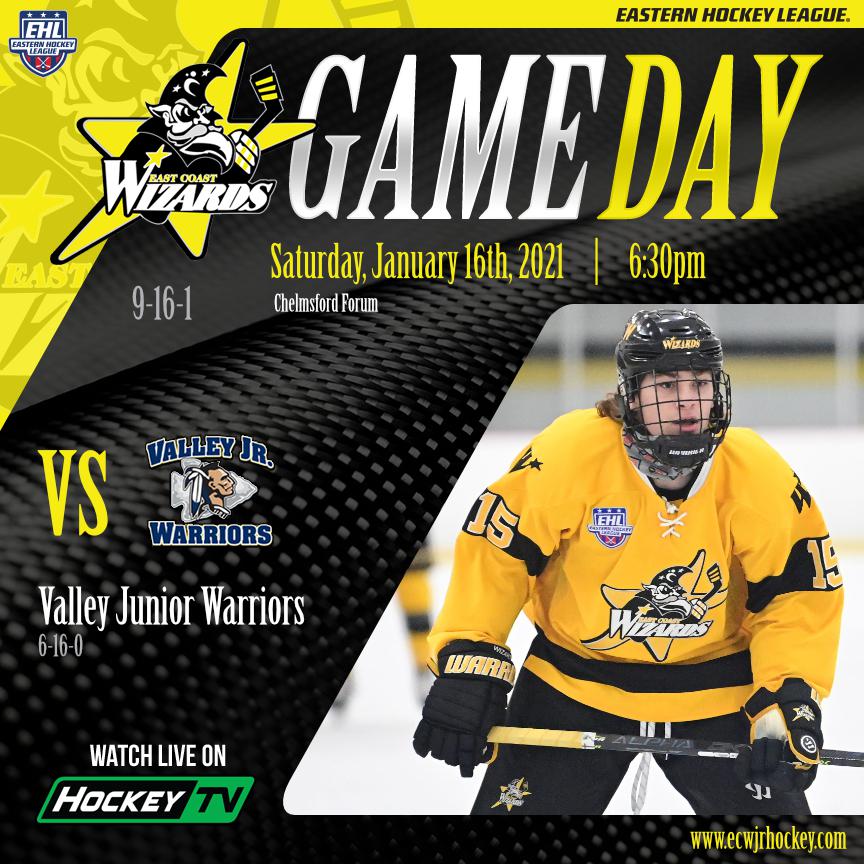