BEDFORD, MA -- The East Coast Wizards return home this afternoon in search of their 3rd straight victory, as well as their first win on home ice in 2021. After dropping the opening game of the 2nd half at home against the Valley Junior Warriors on January 7th, the Wizards hit the road for a pair of games on the 13th and the 16th.

On Wednesday the 13th, the Wizards offense came to life in an emphatic 8-5 victory over the Seahawks Hockey Club. The offense then remained hot when the team earned revenge over Valley, in a 5-2 victory this past Saturday.

Now today, the Wizards get back to work at The Edge Sports Center, a building where they own a 3-8-1 record this season. That mark also includes a pair of losses to today's opponent, the Railers Junior Hockey Club.

"I know we came out on top the last time we played these guys, but they had our number in the previous four matchups," said EHL head coach and general manager Kory Falite. "We can still use the 'revenge' card, because we haven't beat them here at home yet this season. If our guys want to extend the winning streak, they have to go out and earn it today."

As Falite mentioned, the Railers beat the Wizards in the first four matchups of the season by scores of 6-3, 5-2, 2-1, and 3-2. Despite that, the Wizards won the last contest by a final score of 7-2, and currently own a one-point advantage over the Railers for 5th place in the Central Division.

It goes without saying that today's two points are critical towards the battle for playoff positioning. 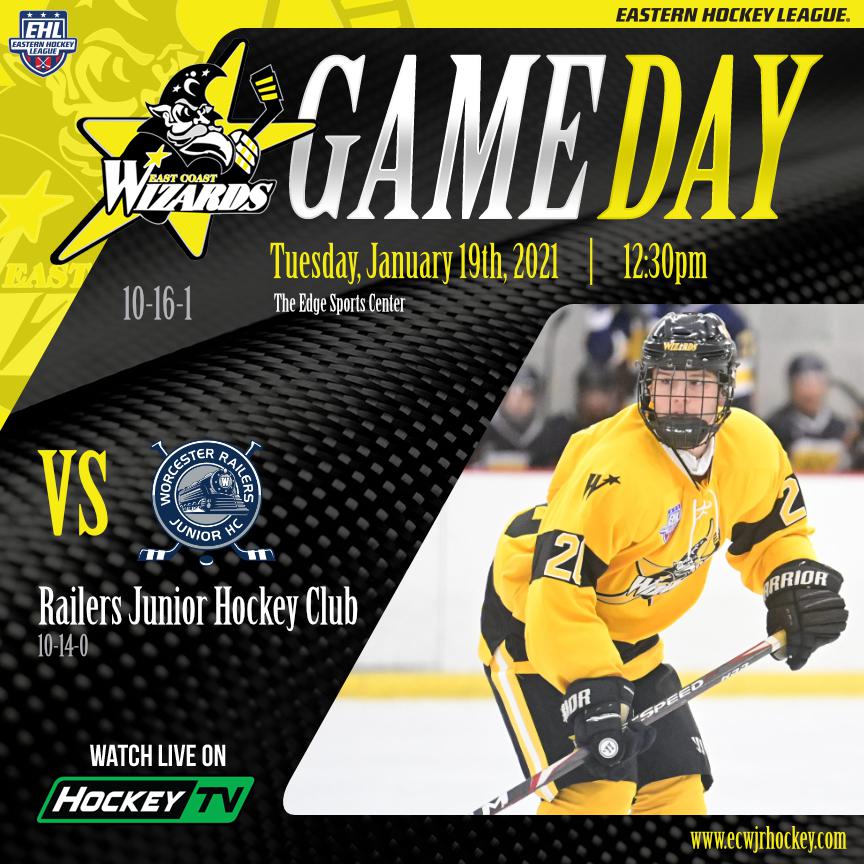