BEDFORD, MA -- The East Coast Wizards return to the ice this afternoon at 12:30 pm in search of their 4th straight victory. Today's matchup brings the Valley Junior Warriors back to The Edge Sports Center for the 3rd time this season. Overall, the Wizards are 0-2-0 against the Warriors at home this season, and 2-1-0 when they take on Valley on the road. It's also worth pointing out that this is the 2nd time the Wizards have won three straight games this year, and will be look to reach four straight for the first time.

"It's cliche to say, but every time we face these guys, it's a battle," said EHL head coach and general manager Kory Falite. "I say that about a lot of teams, but with these guys [Warriors], the home team has only won once during the season series. That's pretty crazy!"

To Falite's point, the Warriors have the only home victory of the regular season series, taking place back on November 24th. The Wizards will be looking to change that today.

Since returning from the holiday break, the Wizards are 3-1-0, with their only loss coming at the hands of the Warriors. With that being said, the key to the Wizards 2nd half success has definitely been the offense, as the team is averaging an even five goals per game. 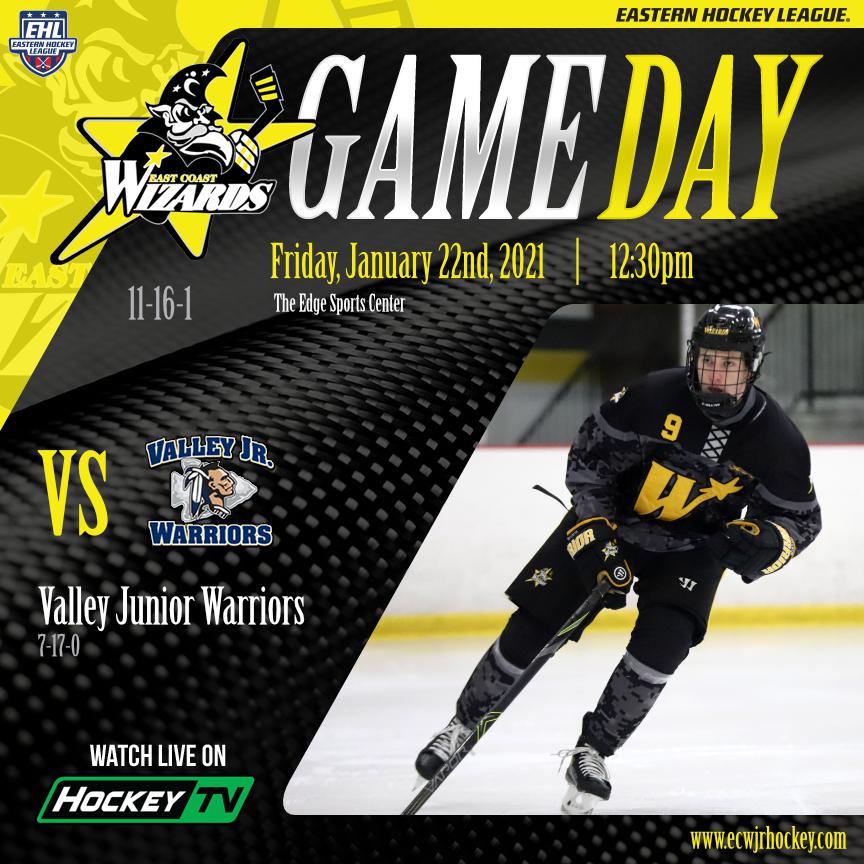