BEDFORD, MA -- The East Coast Wizards are pleased to announce that Keith Davenport has committed to Nazareth College for the fall of 2021. The 2000-born native of Princeton, MA is in his first season with the Wizards, and in 17 total games to date, Davenport has tallied 13 points. After spending three seasons developing at Deerfield Academy, Keith followed in the footsteps of his older brother Chase, joining the Wizards in the Eastern Hockey League (EHL).

"Chase was here for my first two seasons [2016-18] with the program, and he was one of the hardest workers we've ever had with the Wizards," said EHL head coach and general manager Kory Falite. "Keith is just like his brother in that regard, but he's also had to battle through things that many of us could never even imagine."

As Falite began to reference, Keith has a battle going on off the ice, as just prior to the beginning of the season he was diagnosed with a rare form of cancer called Langerhans Cell Histiocytosis. However, this has not slowed Davenport down by any stretch, and he's now lifted a huge weight off of his shoulders. Davenport is beyond grateful to make his NCAA Commitment.

"I have loved every minute I have spent as a member of the Wizards," said Davenport. "Coaches Kory, Chris, and Adrian have been fantastic mentors and coaches, and have played an instrumental role in my development as a person and player. I would like to thank my family, coaches and teammates for all the support and help they’ve provided along the way. I couldn’t be more excited to start the next chapter of my career at Nazareth College."

Davenport is the first-ever Wizards player to choose Nazareth College, and the 53rd overall NCAA commitment in franchise history. 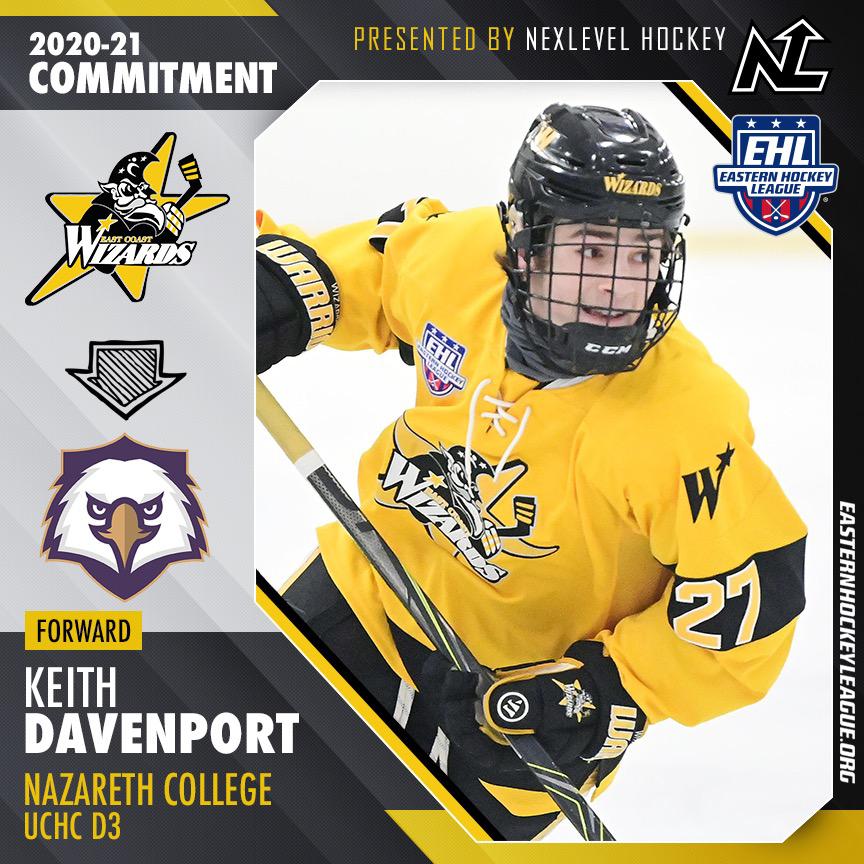