BEDFORD, MA -- The East Coast Wizards are pleased to announce that Ryan Turse has committed to Nazareth College for the fall of 2021. The 2000-born native of Long Valley, NJ joined the Wizards in late November, and has produced consistently on offense from the moment he arrived.

"The addition of Ryan to our lineup has been huge for our team," said EHL head coach and general manager Kory Falite. "He jumped right into our top-six, as well as our #1 power-play unit, and proved instantly that he is one of the best playmakers in the league."

As Falite mentioned, Turse has turned heads as a playmaker this season, as combined between his time with the Wizards and the Maine Eclipse, the veteran forward has scored 11 goals and picked up 19 assists in 24 total games in the Eastern Hockey League (EHL).

That production helped Turse earn EHL All-Star recognition just prior to making the move to the Wizards. Ultimately, it also led to this moment, and an achievement that Turse is very proud of.

"I want to first thank my family for allowing me to play this game that has provided me with memories that will last my entire lifetime," said Turse. "They have given countless hours taking me to practice, watching games, and being some of my most positive influences during my career. I also want to thank Kory Falite and Chris Santello for taking me in for the second half of my season. I have enjoyed every minute of being a part of the Wizards organization and being around teammates that have made this short time such a great experience. I am truly looking forward to spending the next four years at Nazareth College with Coach Roll, and cannot wait to get my college career started in Rochester!”

This past week, Keith Davenport made his commitment to Nazareth, becoming the first player in Wizards' history to choose the program. Now the Wizards have two future Golden Flyers, as the pair of forwards get set to begin their collegiate hockey careers together this fall. 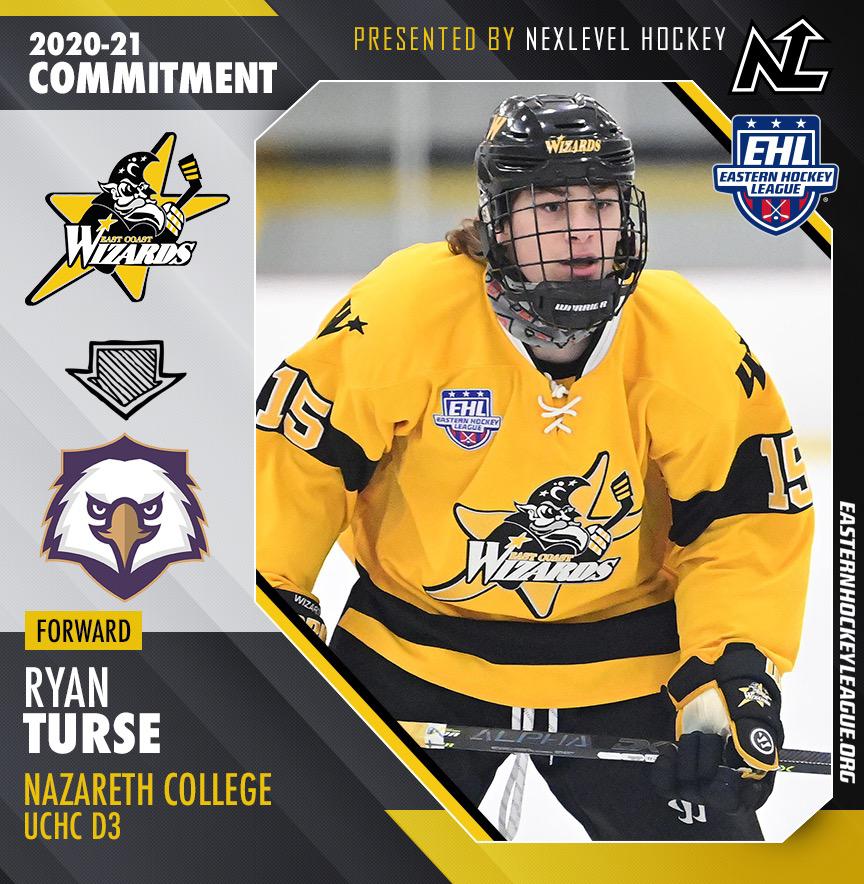