BEDFORD, MA -- The East Coast Wizards return to the ice for the first time since least week's home-and-home sweep of the Valley Junior Warriors. Today's contest however, brings one of the Central Division's toughest opponents to The Edge, as the Wizards host the Walpole Express for the final time in the 2020-21 regular season. Entering the matchup, the Express currently sit in 2nd place with an overall record of 22-8-1, while Wizards are one spot behind them in 3rd place with a record of 15-17-1.

"These guys have had our number for the most part this season," said EHL head coach and general manager Kory Falite. "We've been playing well though so far in the 2nd half, and today will be a great test."

To Falite's point, Walpole swept the first home-and-home series the two teams had back in October, winning be scores of 2-0 and 4-0. However, in the most recent home-and-home set, the Wizards took the first game by the score of 5-1, before dropping the back end by a 2-1 margin.

Following today's matchup, the Wizards and Express will face-off one more time down in Walpole, in what will be each team's final game of the regular season on February 28th. 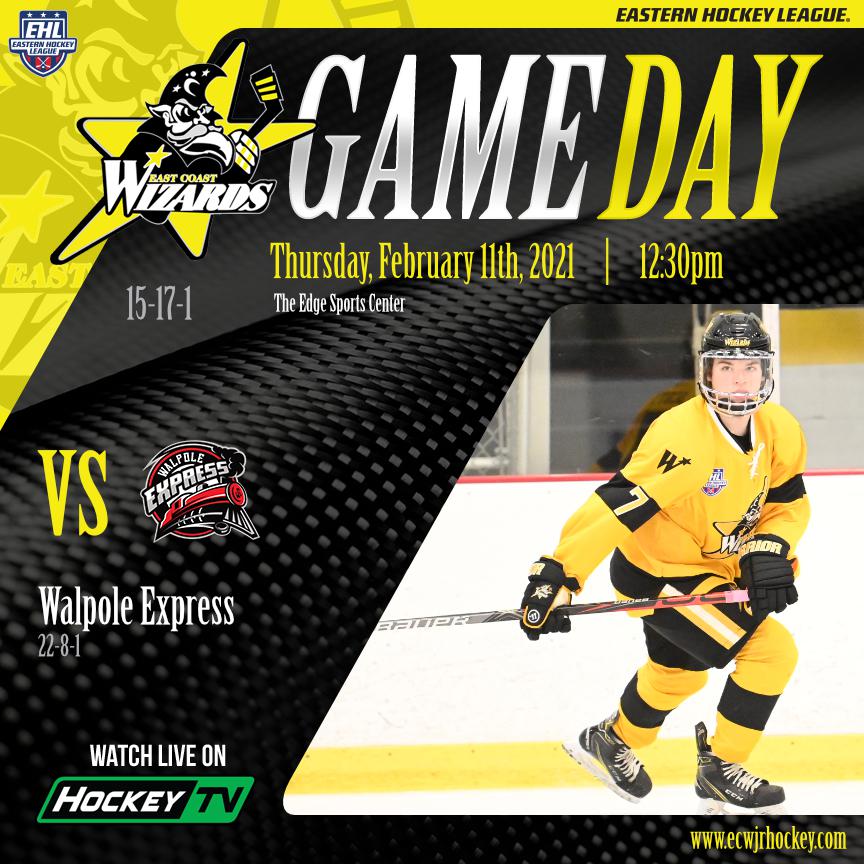