BEDFORD, MA -- The East Coast Wizards are set to kick-off their 5th season in franchise history this Friday against the New England Wolves at 1:45pm. This week's New England Conference matchup is set to take place at the Merrill Fay Arena in Laconia, NH, as the Wizards' home opener is scheduled next Wednesday the 19th against the Wilkes-Barre/Scranton Knights. The Wizards have four games this month, all leading up to the first showcase of the season, which will take place September 30th and October 1st at Rodman Arena in Walpole, MA.

"I like the way our schedule sets up at the start of the season," said Wizards head coach and general manager Freddy Meyer. "We've had more games before the first showcase in the past, but I like the way this year sets up. With the Wolves twice, as well as matchups against the Knights and the Express, our guys will begin the year at a good pace and against solid teams. As young as these players are, the biggest challenge they have to learn to deal with is the length of the season. We strive to take each game 1 shift at a time, and if we do that, we will be where we need to be when all is said and done."

As Meyer mentioned, the length of the season is always a key factor when forming the schedule, as the Wizards will play 46 regular season games between now and the first weekend in March. The team is eager to get started, and that comes as no surprise, after giving last year's EHL Champions (New Hampshire Avalanche) everything they could handle in the Second Round of the EHL Playoffs.

"That series was a great learning experience for everyone," added Meyer. "While we only have a handful of returning players, their message will be very clear to all the new guys. The importance of playing at home in the playoffs is always key, and on top of that, winning the division and earning a First Round bye has to be one of our top goals this season."

Of course winning in junior hockey is just an added bonus, as long as the team is advancing players to the next level. The Wizards have continued to improve in this department, sending 10 players off to NCAA programs in back-to-back seasons. This year's roster has the potential to keep the streak going, and we'll learn more about the group once the puck drops for the first time this Friday. 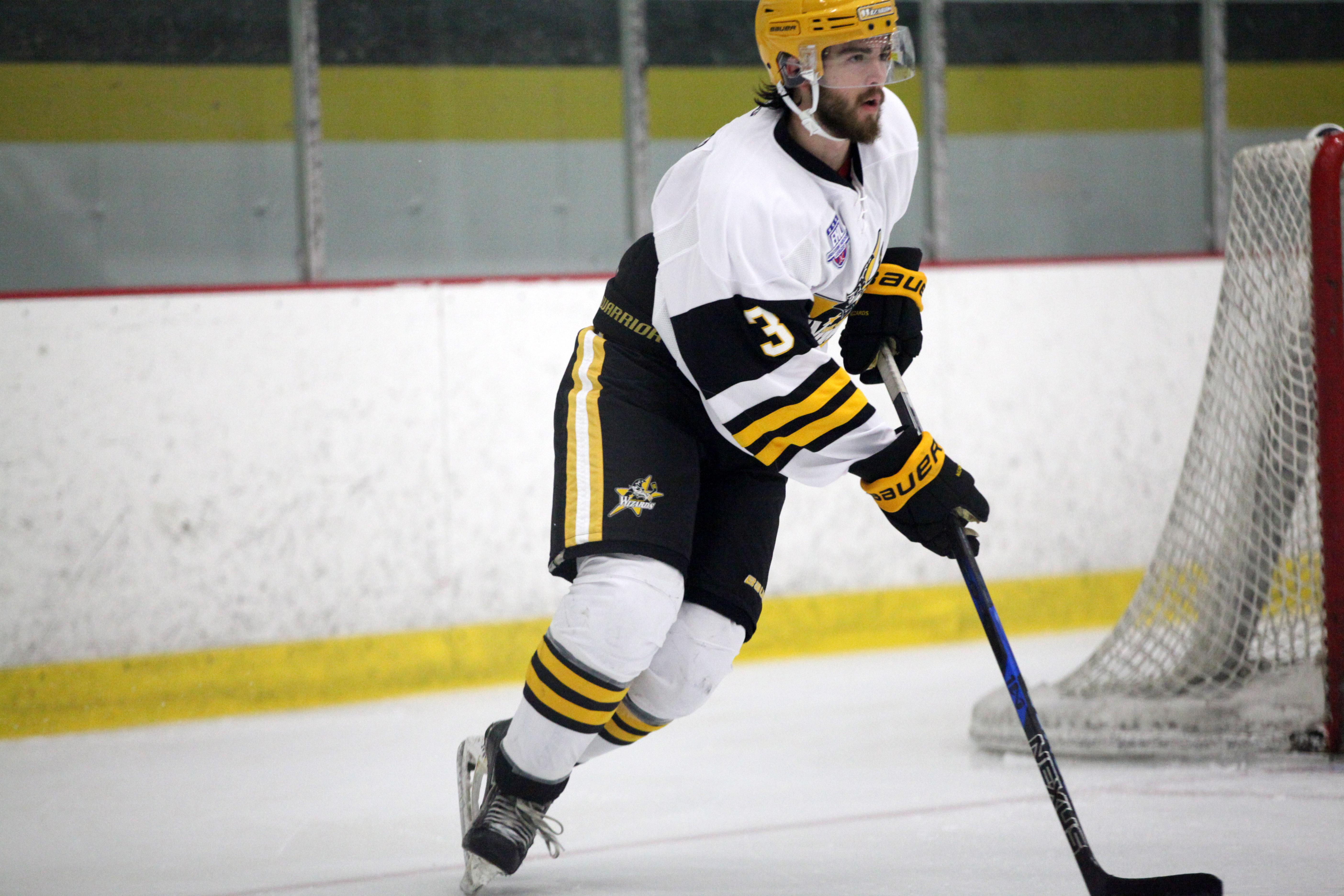 Trent Pitser ('99) is back for his second season with the Wizards, after tallying 37 points in 52 total games this past year.