BEDFORD, MA -- The first showcase of the season is officially in the books, as the Eastern Hockey League (EHL) hosted a great event this past Sunday and Monday at Rodman Arena. For the Wizards, the games played in Walpole, MA were part of a 3-game stretch of matchups that all took place in the home of the Express. After beating the Express back on Wednesday the 26th, the Wizards were able to split their first showcase of the season, and turn the page to October with a record of 4-2-0.

"We are pretty happy with the way we played over the past 7 days," said Wizards head coach and general manager Freddy Meyer. "It was nice to get the win over Walpole last Wednesday and carry that momentum into the showcase. Obviously we continued to build off of that with the win against the Applecore, but we just didn't play the full 60 against the Knights. Kory [Falite] and I were happy with the way our guys battled back in that game against Wilkes-Barre/Scranton, but we are also ready to use that game as a big teaching tool for the season."

As Meyer mentioned, the Wizards kicked-off the showcase in a solid manner, as they knocked-off the Applecore by the score of 3-1 in the very first game of the event. Andrew Harley, Harris Colvin, and Noah Furman had the goals for the Wizards, all while Korbinian Lutz stopped 15 of the 16 shots he faced between the pipes.

Flip over to the next day, and the result wasn't as friendly to the Wizards. Despite coming back from 3 separate 1-goal deficits, the Wizards could never get the lead in this game, and fell by the final score of 6-3. The tallies on Monday belonged to Elliot Fletcher, Ted Aiken, and Trent Pitser. Kevin Dacey made 32 saves in net.

"Even though we lost the 2nd game of the showcase, there are still positives to take away from the event," added Meyer. "The fact that we had 6 different players score our goals in the showcase shows that this team does have balanced scoring, and we aren't going to need 1 guy to step up as the go-to guy throughout the year. It's simply a matter of staying consistent at this point. That was the best September we have ever had in the history of our franchise, and now it's time to focus on what lies ahead on our schedule."

In October, the Wizards will hit the ice for 7 more games, 5 of which will take place in the friendly confines of The Edge Sports Center.

Remember that if you can't make it to a game, you can catch the action live on HockeyTV. Also, be sure to follow the Wizards on Twitter, for updates throughout the season. 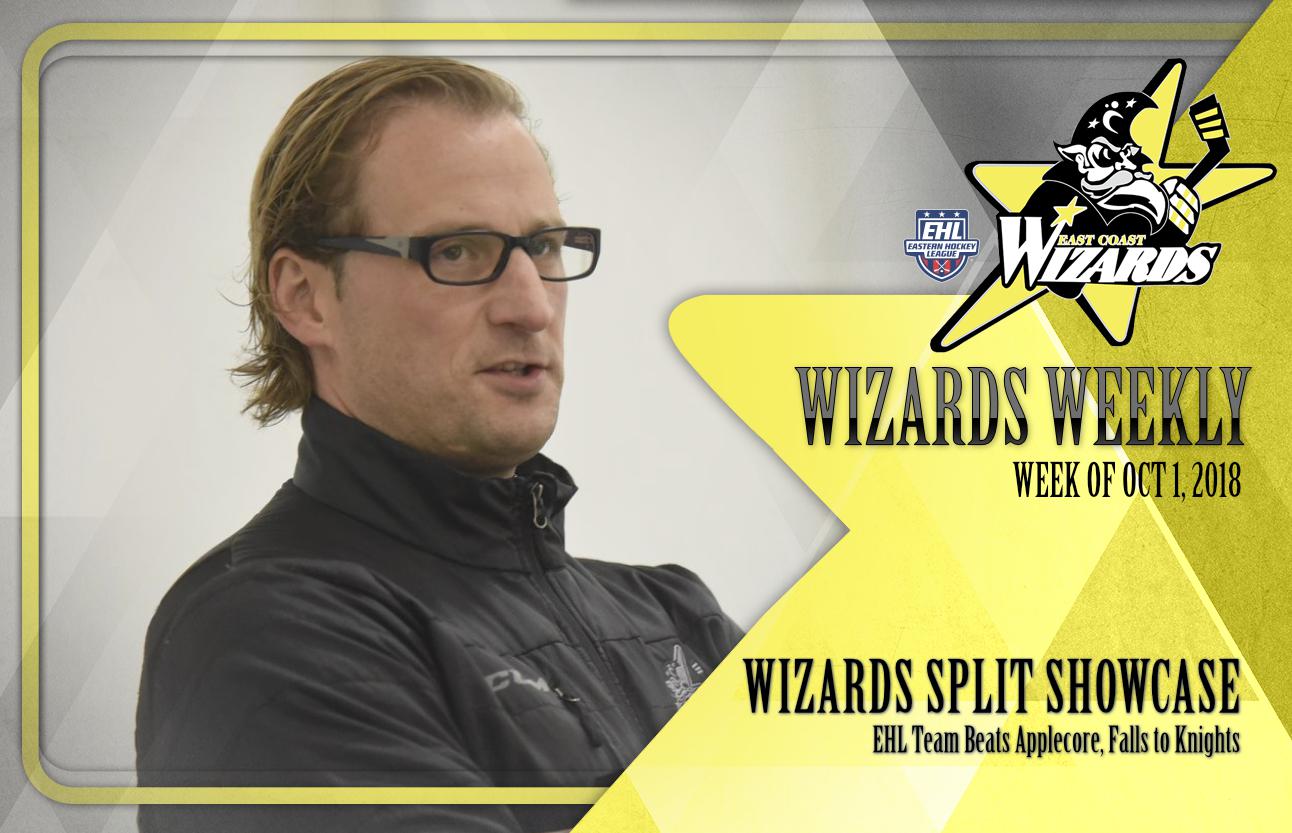