BEDFORD, MA -- This past week was a unique one for the East Coast Wizards, as they saw their losing streak extended and then followed things up by starting a brand new winning streak.

The week began with a pair of matchups against the Connecticut RoughRiders at The Edge Sports Center. After losing the first game by the score of 4-2 on Thursday, the Wizards saw their losing streak stretch to a season-high 3 games. That was quickly erased with a 4-1 victory over the RoughRiders on Friday.

Flipping over to Sunday, the Wizards then made it 2 in a row, with a thrilling 2-1 win over the Boston Jr. Rangers in overtime. After losing the season opener to the New England Wolves, the Wizards have since won 4 straight, lost 3 straight, and are currently riding a 2-game streak putting in the right direction yet again. It's safe to say that this season has followed it's own pattern so far.

Wrapping up the week that was, the Wizards were pleased to learn that Luke Pepin and Trent Pitser had been named to EHL All-Star Team that is set to take on Plymouth State on Saturday and UMass Boston on Sunday.

"I am very happy for Luke and Trent," said Wizards head coach and general manager Freddy Meyer. "This is a great opportunity for each player to showcase their skills against a pair of high-end Division III opponents. These 2 games will show our guys exactly what it takes to compete at the next level."

Stay tuned to EasternHockeyLeague.org for more updates on the EHL All-Star Weekend. Also, be sure to follow the Wizards on Twitter, for updates throughout the season. 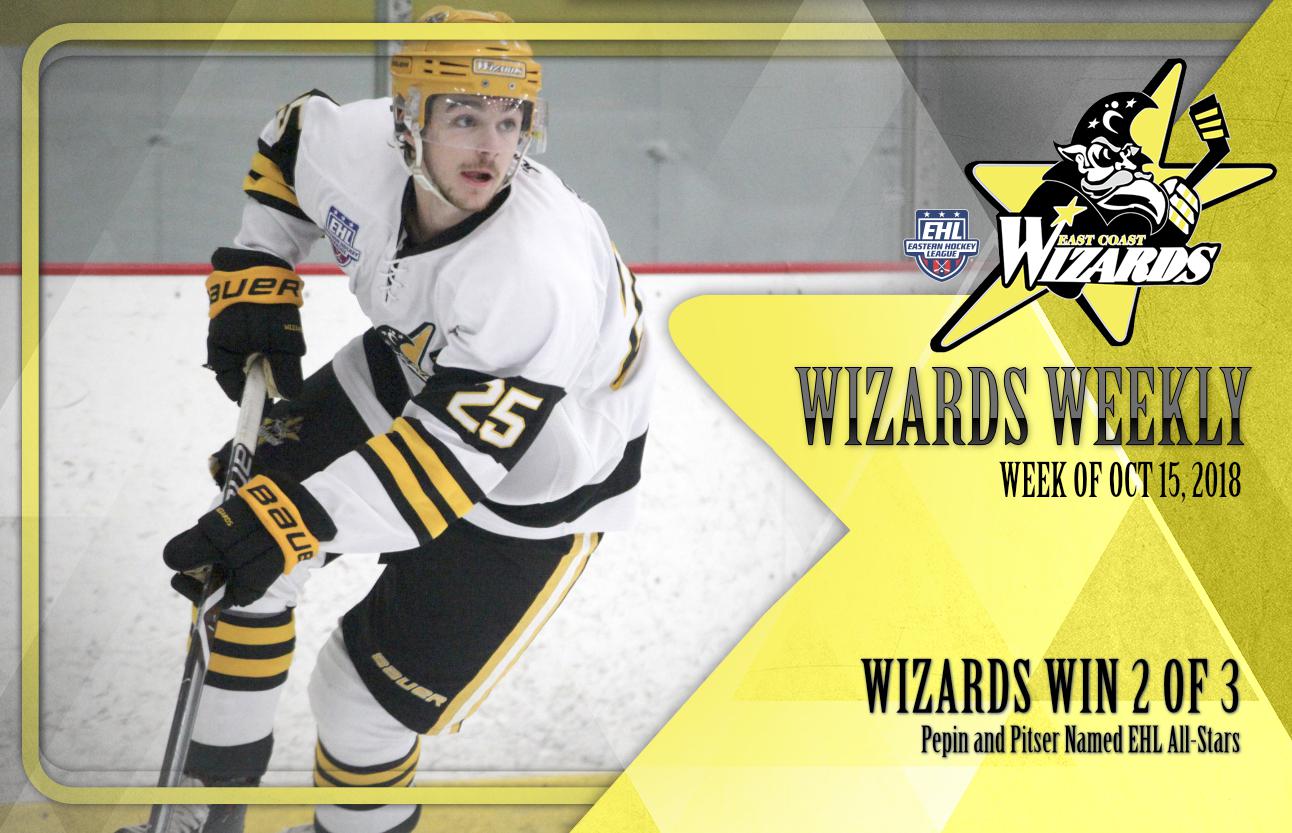