EHL Team Gets Back to Work Following Break

BEDFORD, MA -- The East Coast Wizards return to action this week with games against the Seahawks Hockey Club on Wednesday and the Walpole Express on Friday. Tomorrow's game is the first for the Wizards since they beat the North Carolina Golden Bears on Monday, November 12th. That 5-1 victory completed a showcase sweep for the Wizards, and pushed the team's current winning streak up to 3 games. The EHL squad was supposed to take on the New Hampshire Avalanche on Friday, November 16th, but that game had to be cancelled and rescheduled due to inclement weather.

"It's been a while since we played a game," said Wizards head coach and general manager Freddy Meyer. "I do think the break came at a good time for our group though, as it gave our guys a chance to rest up, and we should be a lot healthier when we return to action."

As Meyer, mentioned the team had been dealing with some injuries heading into the Thanksgiving break, but that's expected during a 46-game season. Now the job is to turn the page, and focus on a busy stretch leading up to the next break at the end of December.

The Wizards return to action with a record of 11-6-1 through their first 18 games, and that puts them in 3rd place in the South Division of the New England Conference. Overall, the Wizards would be the 5th seed in their conference if the EHL playoffs started today. There is still a lot of hockey left to be played, and every point will be critical for the Wizards.

After facing-off with the Seahawks and Express to wrap-up November, the Wizards will hit the ice for 6 more games in the month of December. Included in the final month of the calendar year are 5 games against conference opponents, and an exhibition matchup against the Kirkland Lake Gold Miners from the Northern Ontario Junior Hockey League (NOJHL).

"Every game will be a challenge from here until the Christmas break," added Meyer. "Our team has to be ready to go from the drop of the puck in each matchup, and battling for 60 full minutes is key. The goal is be in 1st place, when everyone heads home for the holidays." 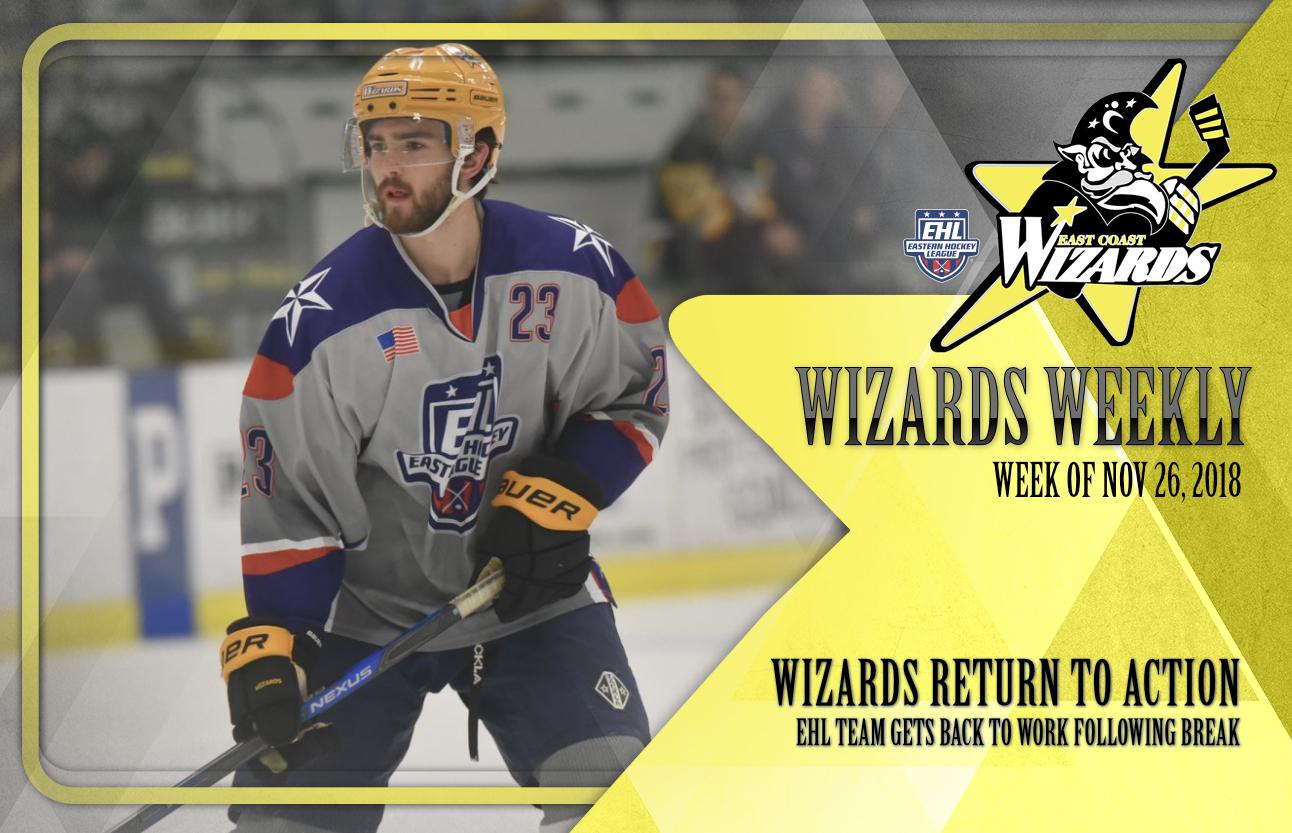