BEDFORD, MA -- The East Coast Wizards are officially closing the book on 2018, arguably the best year in the history of the franchise. With each season in the Eastern Hockey League (EHL), the Wizards have seen their program continue to develop and make forward strides. Heading into 2019, this year's team owns the best mark to date, through their first 25 games.

"This is a special group," said Wizards head coach and general manager Freddy Meyer. "We lost a lot of scoring at the end of last season, but this year's team has shown a tremendous sense of balance throughout this year."

As Meyer mentioned, the Wizards lost a lot of scoring after both Devin Panzeca (EHL Most Valuable Player) and Dylan Schuett (EHL Rooking of the Year) advanced at the end of last season. Including playoffs, Panzeca and Schuett combined for 167 total points. With that being the case, this just pushed Meyer and Kory Falite (Assistant Coach) harder with their recruiting in the offseason.

This year's team owns a mark of 15-9-1, and they would be the #4 seed in the New England Conference if the playoffs started today. Compared to past seasons, each year has featured a different number of games when compared to the previous season. So, in order to truly determine which year was the most successful, we calculated the percentage of points that the Wizards earned each year.

Outside of one blip on the radar, the Wizards have continued to progress with each season, and in regards to this year, the Wizards' percentage stands at .620. While this mark shows that the team is on pace for their best season in franchise history, it is well-known in the locker room that all that truly matters is what unfolds in the playoffs.

The Wizards have won a playoff series in each of the past two seasons, but it's been the Second Round of the EHL Playoffs that has held them up.

There is still lots to be determined throughout the rest of the 2018-19 season, but for now, the Wizards can be proud of where they stand heading into the 2nd half. 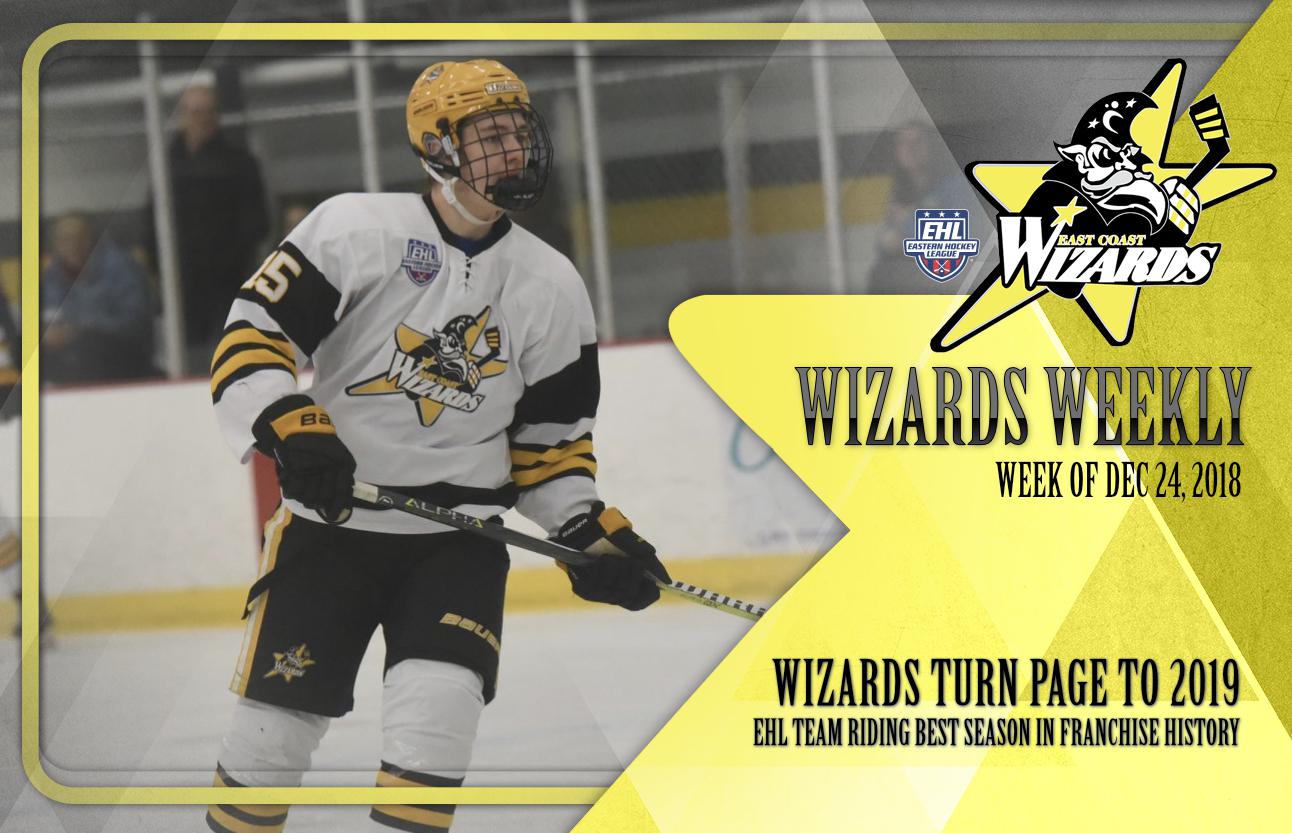