BEDFORD, MA -- The East Coast Wizards returned from the holiday break, and picked up back-to-back wins over the New Jersey 87s. The matchups over the past two days were the first ever meetings between the junior hockey franchises, and each game was a battle. With the perfect weekend the Wizards are now 17-9-1 through their first 27 games of the year, and if the playoffs started today, they would be the 4th seed in the New England Conference.

"This was as perfect a weekend as we could've asked for," said Wizards head coach and general manager Freddy Meyer. "Both of those games could've gone either way, and fortunately for us, we were able to take away a pair of victories. We need to now use that as momentum and keep things rolling here at home."

Home ice has been very nice to the Wizards this season, as the sweep improved their mark up to 9-1-0 at The Edge Sports Center. It works out in the team's favor that the next two games keep them in their barn.

Looking back on the matchups with the 87s, and the one of the key contributors was Korbinian Lutz. The '98 netminder was between the pipes for each victory, turning aside 27 shots in the 4-2 victory on Friday, and then following things up with a 32-save shutout last night. For the year, Lutz is now 10-6-1 with a 2.70 GAA, a .908 save percentage, and 3 shutouts.

On offense, James Nash scored the game-winning goal in each contest, and six other players tallied at least a point for the Wizards.

If there was a negative takeaway from the series, the Wizards were 0 for 11 on the power-play, but they also backed things up by killing off all 10 calls made against them.

Coming up this week, the Wizards will play host to the Valley Jr. Warriors at Noon on Wednesday, followed up by another 12:00pm home game on Friday against the Connecticut Chiefs.

If you can't make it Bedford for the games, you can catch the action live on HockeyTV. Also, be sure to follow the Wizards on Twitter, for updates throughout the season. 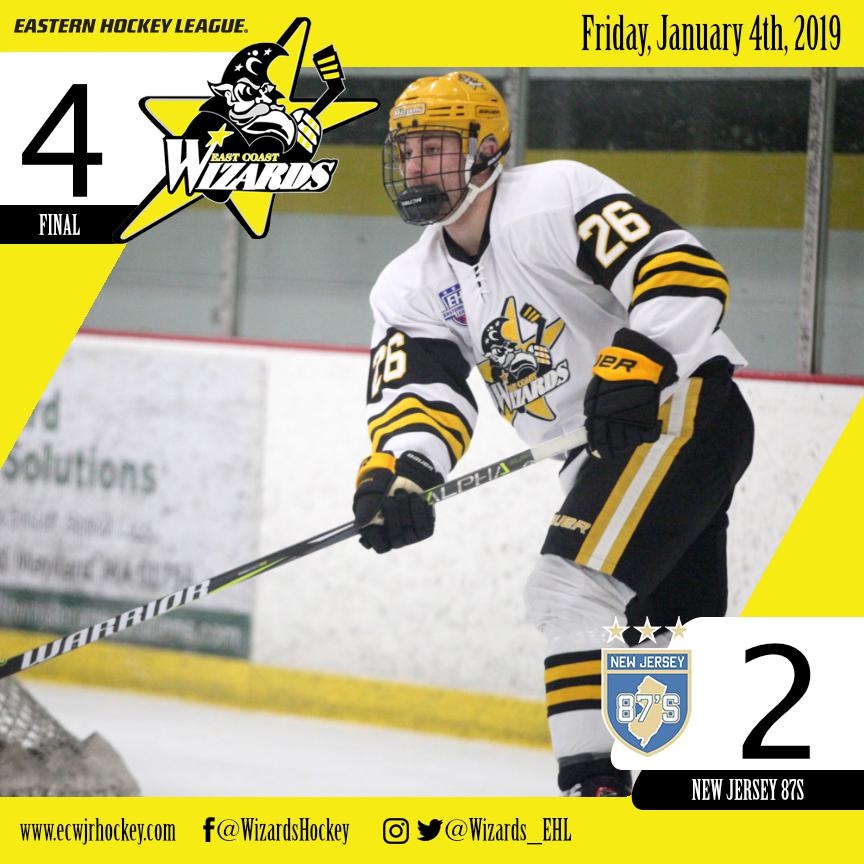 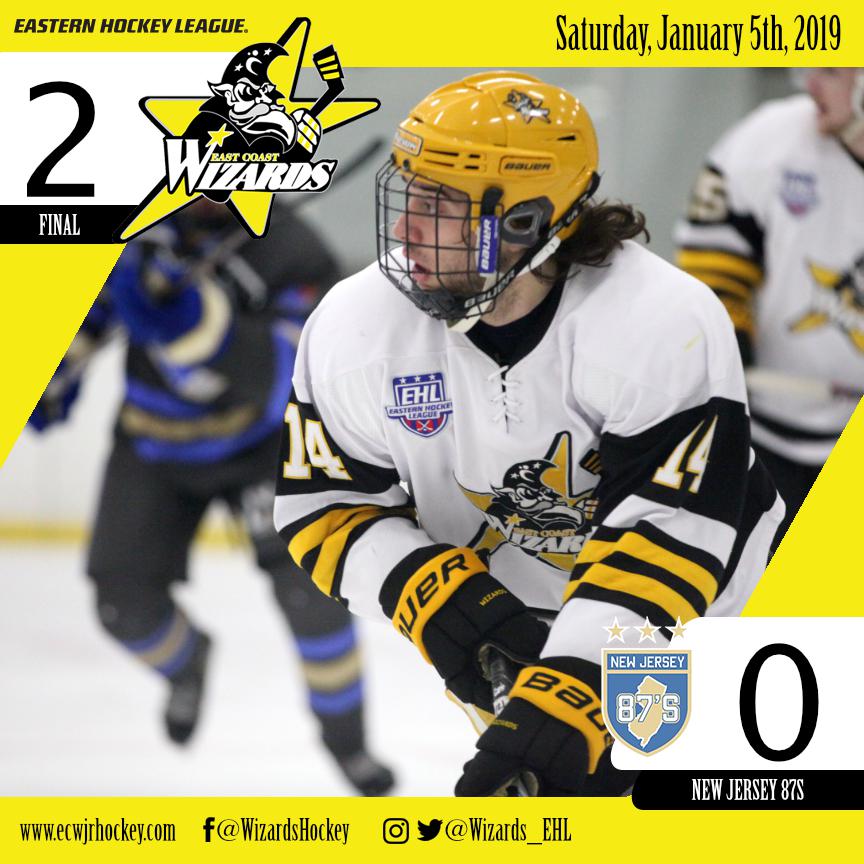